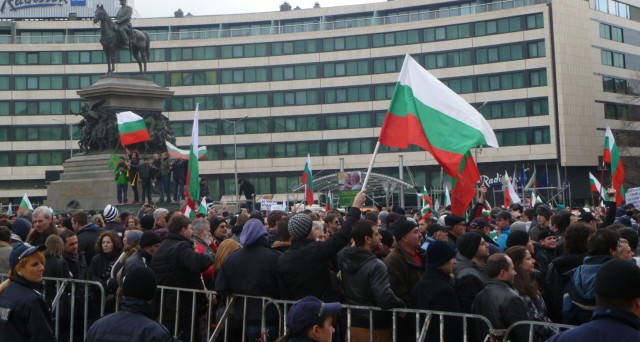 To be at the centre of Sofia on Sunday February 24 2013 was to be at the centre of a cacophony of contradictions: the shouted slogans, jeers and whistles of thousands of protesters, the pealing of church bells as Bulgaria chose its new Patriarch, the occasional clattering of a helicopter above in the ominous grey sky.

Outside Parliament, flags and banners waved while at nearby Alexander Nevsky cathedral, senior clergy, diplomats and other VIPs were cloistered awaiting the arrival of the new head of the Holy Synod. In between the two buildings, the buses that had brought riot police, gendarmerie vans and television outside broadcast units were clustered. 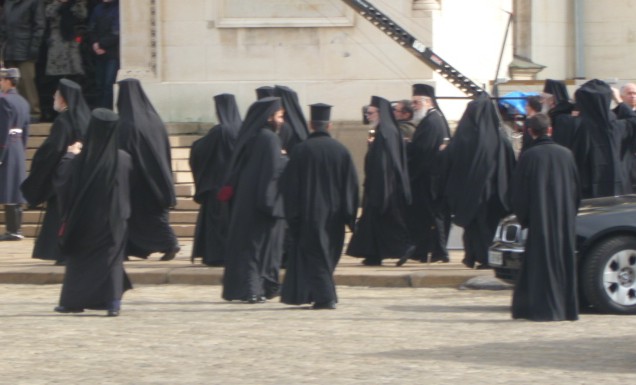 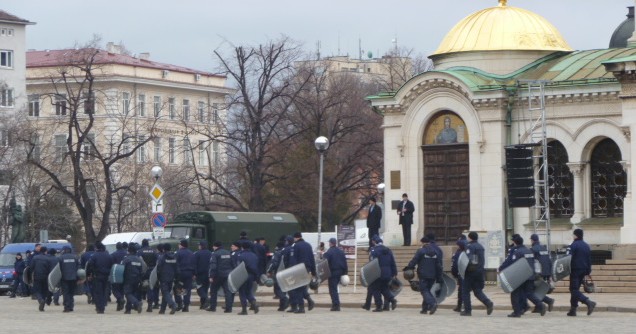 As the two processes – protest and Patriarchal election – proceeded in parallel, the apparel varied; young policemen in body armour, elderly priests in their trademark black cassocks.

A chill breeze pervaded all. Perhaps without Bulgaria’s national political crisis around the protests, there may have been unleavened jubilation among the Orthodox Christian faithful as a successor to the late Patriarch Maxim finally was chosen. But the air was thick with the sense of foreboding, filled as it was the roar from the hours of protest.

As the wait ticked by as first one round and then another was held to choose the Patriarch, reserve phalanxes of police, holding riot shields and batons, marched past the cathedral, ready for deployment if needed. When the wait for the Patriarch was over, there was a procession of a different kind, led by junior clergy bearing gilded crosses, behind them Metropolitans and Abbots in gilded finery, finally Patriarch Neofit himself, bestowing blessings on the slow progress to the doors of Alexander Nevsky.

At the protest, President Rossen Plevneliev, who sought to address the crowd of protesters, was given short shrift. He had come at their invitation, but withdrew after a hostile reception. A while later, arriving at the cathedral, senior officers snapped to attention to salute him as head of state.

It was a day of contradictions. The protests, in themselves with their own divisions about what they wanted, unified though they might be in their overall disillusionment and anger at Bulgaria’s political elite. And the affairs of the church, finally settling on its new Patriarch after months of dissension, internal divisions unlikely to be fully resolved by one election. And it cannot be left without noting that there were other groups of Bulgarians on this day – the not especially large crowd that came to the centre of Sofia not to protest but to await and applaud the new Patriarch; and in spite of the turnout of many thousands in Sofia and other cities, those who chose to spend Sunday at home. 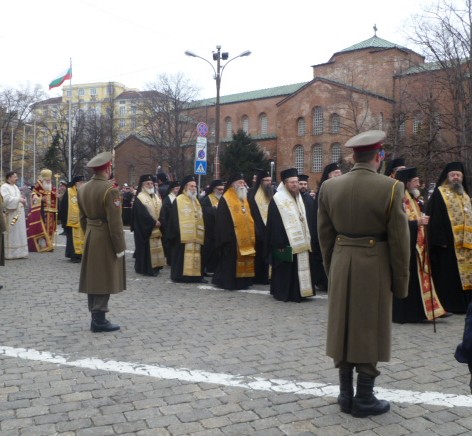 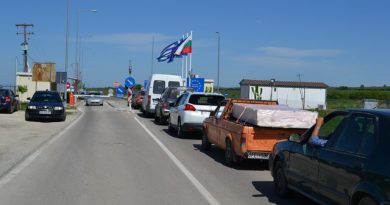