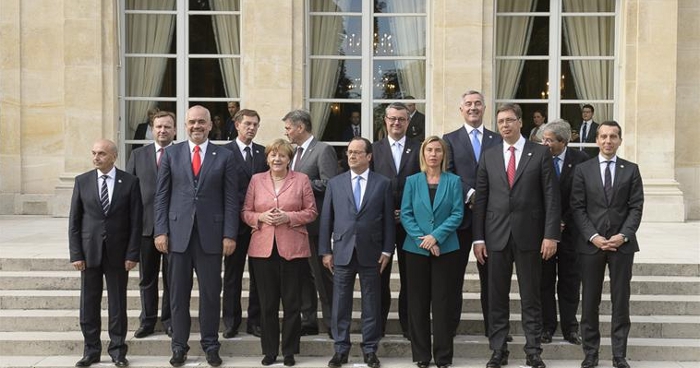 “I’d like to reassure those countries that the process will remain underway,” Hollande told a news conference. “The British decision in no way impacts on the engagements taken in respect to the Balkan nations.”

Merkel echoed those comments, saying “nothing has changed with Britain’s decision.”

While the majority of voters in Britain were concerned about the EU’s influence over their national sovereignty, many people in the Balkans see joining the European Union as a way to boost their countries’ economies and bring stability to a region that experienced wars in the 1990s.

The two Balkan countries that are already EU members, Croatia and Slovenia, were represented at Monday’s summit, as well.

The summit also addressed the issues of combating extremism and curbing the migration crisis. Several non-governmental groups expressed concern that Europe’s migrant crisis is getting short shrift, including the worry that closing the Balkan route for migrants has only driven them to more treacherous routes through Libya or Egypt.

“Now that the Balkan route is closed, we are back to this much more dangerous, much more deadly, road and there is still no international European reaction to this crisis, which needs a long-term solution,” said Florent Schaeffer, who is in charge of Balkans issues at French NGO CCFD-Terre Solidaire.