Sofia City Court sentenced Ataka party leader Volen Siderov July 5 2016 to two years of probation and a fine of 25 per cent from his monthly MP salary, following five instances of hooliganism that Siderov pleaded guilty to earlier this year.

The new consolidated sentence replaces the five separate sentences issued by the court, which included probation, a 15 per cent deduction of salary and community service. For the duration of his sentence, Siderov will have to meet a probation officer twice a week.

Prosecutors asked for three years of probation, arguing that Siderov should receive a harsher sentence for his “cumulative criminal activity”, but presiding judge said that the consolidated sentence was the result of the individual plea bargains and that prosecutors should have asked for harsher terms if they wanted a harsher punishment, Bulgarian National Radio (BNR) reported.

The sentence can be appealed at the Sofia Appellate Court, with prosecutors saying that they intended to do so, BNR reported.

Speaking after the court issued its ruling, Siderov sarcastically remarked that his sentence represented a turning point for Bulgaria because he was the first politician to receive a sentence. “Bulgaria is no longer the same, all the critical remarks from the European Commission should drop by the wayside and we should accept as an article of faith that the judiciary has been reformed,        corruption has been checked and crime is liquidated,” he said.

Over several weeks in March and April, Siderov pleaded guilty to several incidents, the oldest one being the disruption, in May 2011, of a solemn commemoration of the Batak massacre, as well as an instance of assault in 2013, against an employee of the Skat television station and a police officer outside the National Assembly. The other three incidents were an altercation oat the National Film and Theatre Academy in Sofia on October 23 2015, in which Siderov entered the building, insulting those inside and assaulting a student; a late-night incident at a Sofia alcohol and tobacco shop on October 5 2015; as well as a confrontation with a French diplomat during a flight to Varna in January 2014. 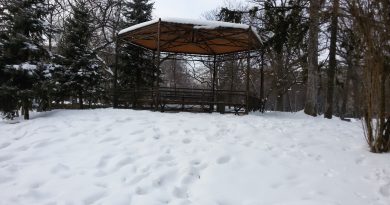 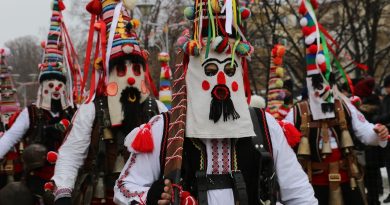