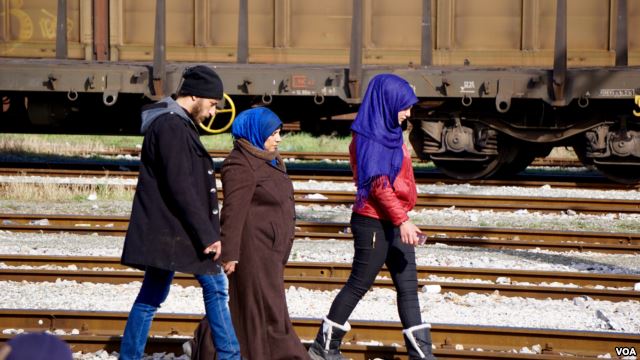 Syrian and Iraqi war refugees are sleeping by railroad tracks in northern Greece hoping to be allowed to travel onward to Germany and other northern EU countries. Seventy-three years ago, these tracks were traversed by another group heading to Germany for a completely different future: the Nazi death camps.

North was not a direction the Jews wanted to be heading. Packed into death trains by the SS, their journey ended in the gas chambers of the Third Reich, where 98 percent of the total Jewish population of Thessaloniki died.

Europeans escaping Nazi tyranny in the Balkans and parts of Central Europe, were heading in opposite directions from Thessaloniki’s Jews, some southeast for Turkey, the country contemporary Syrians and Iraqis are traveling through to flee the regime of President Bashar al-Assad and the jihadists of the Islamic State and al Qaida affiliate Jabhat al Nusra.

Poignant, cruel historical ironies and injustices abound in the turmoil of the current refugee crisis roiling Europe and the Middle East — ghostly echoes of a past Europeans thought they had long ago exorcised that is panicking their politicians.

Located at a major crossroads between mainland Europe and the Mideast, Greece and its Balkan neighbors – now throwing up coils of razor-sharp wire on their frontiers and militarizing their borders to stop asylum-seekers – are no strangers to huge flows of war refugees searching for a firm footing nor to forcible displacements.

The turmoil that has come in the wake of these mass migrations has shaken countries to their roots and foreshadowed era-changing politics.

It is almost as if the European continent is built on political tectonic plates. With each chafing and grinding, the lives of hundreds of thousands, sometimes millions, are shattered. Individuals, rich and poor alike, are caught up in consequences beyond their control.

From the 19th century until the end of the 20th century, an estimated 10 million ethnic Turks, Albanians, Bosniaks, Circassians, Tatars and Pomaks trudged towards Turkey, emigrating to the heartland of the Ottoman Empire, Anatolia.

Most did so during the Balkan War of 1912-13 and the Great War – World War I – as the Ottomans saw their territory shrink and independence grabbed by vassal states. In 1915 those refugees passed Armenians coming the other way when about 80,000 survivors of the Armenian Genocide fled to Greece.

There was more to come with the Greco-Turkish War of 1919-1922, the Greek occupation of the port of Smyrna, now known as Izmir, the launching point for many fleeing Syrians and Iraqis today. The war was concluded with a forcible mass exchange of populations that saw the expulsions of Orthodox Christians from Turkey to Greece and of Muslims from Greece to Turkey.

The Aegean Sea, now being passaged by Syrians and Iraqis desperate to reach safety, figured prominently then as well.

“Can’t we go back to Syria now,” is a plea many Syrian parents at Idomeni have heard from their children. The same look of bewilderment, the same faux courage is on the faces of Syrian and Iraqi kids as they are captured for posterity in the faces of Greek and Turkish children in black-and-white photographs taken during the great uprooting.

“My mother only took a few spare clothes because she thought she would be coming back. And then the boat came and took us away,” an aged Despoina Christopulou, a Greek Christian survivor, recalled in a 2012 BBC documentary exploring the devastating consequences of the Greek invasion of Turkey and the refugee crisis it created on both sides of the Aegean.

Remembering how life was before, Christopulou says: “There would be a Greek house and then a Turkish house — they would all live well together. They ate and drank together. They would come to yours; you would go to theirs.” War put a finish to that. When the Greek army retreated, Greek Christians fled in its wake pursued by vengeful Turks determined to punish the terrible devastation wrought on their towns by the Greek military. Christopulou talks in the documentary about the disappearance of her father, wiping tears away as though it were yesterday.

Today, Sunni Muslims, Kurds, Yezidis and Christians are flooding out of the Mideast in the biggest mass movement of people Europe has seen since the Second World War. And their oral histories, what they are struggling with emotionally, what they are enduring now, are, for all of the technological differences, the same.

“We stayed because we thought the war would stop, but then we realized the war will never stop,” says Shermini, a 19-year-old Yezidi, who with her parents, a brother and his wife left their village near the Iraqi town of Dohuk at the beginning of February.

She and her family decided also to leave because they started to fear their Sunni Muslim neighbors, people they had once called friends. “We thought if Daesh came, they would quickly become Daesh themselves,” she says, using the Arab acronym for the Islamic State.

About the same time Shermini and her family left, so did Waad Alnaimee, a Sunni Muslim from Baghdad and a former director in Iraq’s Ministry of Culture. He fled the Iraqi capital after his eldest daughter was kidnapped — she was freed by the police — and his car was crumpled in a bombing, an assassination attempt on him.

“In the new Iranian-controlled Iraq there is no place for Sunni Muslims,” he says.

He was at Idomeni for two weeks with his wife, two grown-up daughters and his ten-year-old son but has now agreed to enter a relocation scheme that should get him and his family placed somewhere in Europe, although they are not allowed to choose the country.

“We left everything behind,” he laments.

Like most refugees he is trapped in nostalgia and struggling to maintain his self-identity. He flicks through photographs on his mobile of his office and of him greeting well-known artists. “I loved my work; I loved my job,” he says.

He will have to try to recreate himself — or part of himself — in Europe. He seems destined to get the chance. Others may not, if those opposed to admitting more asylum-seekers into Europe get their way. Force is already being used — Afghans were kicked into Athens-bound buses last week by Macedonian border guards after they had been denied further entry into the Balkans, according to relief workers.

NATO warships are starting to patrol the Aegean to help Turkish coast guards turn back the little, unseaworthy boats ferrying refugees. European leaders say the mission is to rescue refugees, to ensure they don’t drown. The refugees see the objective as forcible interdiction.

History can be hard to escape. 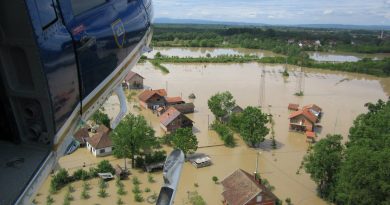