The United States and European Union have struck a new deal regulating cross-Atlantic data transfers, after a European court struck down a previous agreement in October. European Justice Commissioner Vera Jourova announced the move Tuesday, saying she expects the deal to take effect in about three months.

Jourova said the deal marks the first time the United States has given the European Union “binding assurances” that public officials’ access to personal information will be subject to clear limits, safeguards and oversight.

Critics of the agreement, which is called “Privacy Shield,” say it does not go far enough to protect the information of European citizens and warned that the matter could end up back in the courts.

Privacy Shield replaces the 15-year-old agreement known as “Safe Harbor” that was struck down in October after a European court ruled it does not offer enough privacy protection for European citizens.

The Europe Court of Justice ruled that the Safe Harbor agreement did not shield Europeans’ personal data stored on U.S.-based servers from possible U.S. government surveillance.

European customers
Safe Harbor was drawn up in 2000 to allow thousands of businesses to transfer information on European customers to the United States, including what websites they visit and where they like to spend their money.

But an Austrian law student brought a complaint against the treaty to the European court, saying his private information transferred to the U.S. by the popular Facebook website was not properly secured.

The European court ruling is part of the fallout from leaks in 2013 by former U.S. intelligence contractor Edward Snowden that the National Security Agency had spied on U.S. and foreign citizens as part of the fight against terrorism. 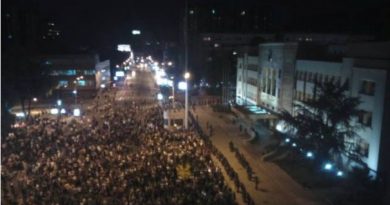 Second night of protests in Skopje 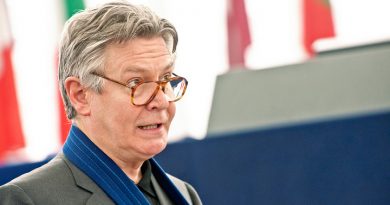