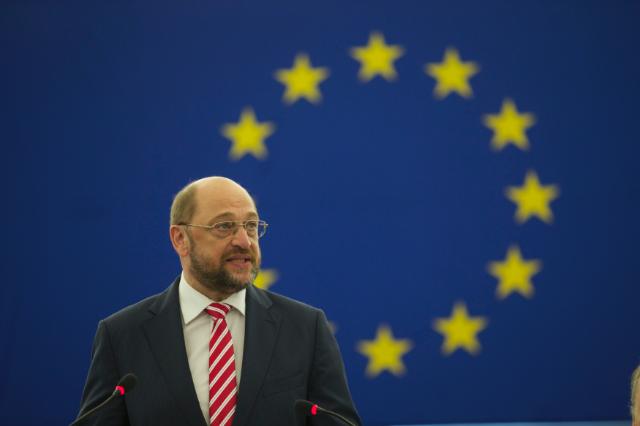 “It pains me that Jews again live in fear in Europe today, are not safe to go to a synagogue or a Jewish school and that some consider leaving Europe for good because they feel not safe,’’ European Parliament President Martin Schulz said on January 27 2016 at a ceremony marking International Holocaust Remembrance Day, the European Jewish Press reports.

January 27 marks the liberation of Auschwitz where about 1.3 million people, mostly Jews, were murdered, among the more than six million murdered in the Holocaust carried out under the Nazis in Europe in the Second World War.

Echoing numerous other European leaders – including the President of the European Commission Jean-Claude Juncker, Schulz declared that “Jewish life is part of our culture and part of our identity’’ andthat “without the Jews, Europe would not be Europe. Therefore it hurts that in today’s Europe, Jews again live in fear.”

“It is unacceptable that Jews are reluctant to wear their traditional clothes and display religious symbols in the public because of fear of reprisals and aggression.’’

“Jews are again killed because they are Jews,’’ Schulz, who is from Germany, said, recalling the terrorist attacks in Toulouse, Brussels and Paris.

While warning that “the demons of the past” were making a return to the shores of Europe in the form of rising anti-Semitism and racism and that there is a need not to repeat the mistakes of the past, Schulz also hailed the “miracle” of the fact that more than 100 000 Jews live in Germany once more.

He said it was the responsibility of Europe’s leadership “to fight” the “demons of anti-Semitism, of ultra-nationalism, of intolerance.”

“Some insult, threaten and attack people because they are Jewish or express support for Israel. They desecrate Jewish cemeteries, smear hate speech on synagogues, or spit on young people wearing a kippa.’’

Schulz said “our message is clear : Jewish friends we stand with you against those who spread hatred. Europe is your home today, every day and forever,’’ concluding his address with the pledge ‘’Never Again !’’.

The ceremony was organised by the President of the European Parliament in partnership with the European Jewish Congress (EJC).

EJC President Moshe Kantor insisted that a new type of anti-Semitism “has taken the form of anti-Israelianism that boycotts Israeli products.

“It is dangerous for Jews, for Israel and for Europe,’’ Kantor said, in a reference to a recent decision by the EU to label Israeli products from Israeli settlements.

“This is similar to putting a yellow star,’’ he said. He expressed appreciation for recent comments by Schulz in which he marked his opposition to the labeling of West Bank products.

In statements made in honour of Holocaust Remembrance Day, EU foreign policy chief Federica Mogherini called for the Holocaust to “forever be seared into our collective memory.”

However, Mogherini admitted that more than 70 years after the Holocaust, there is still anti-Semitism in Europe.

“We share, as European citizens and as EU institutions, the fears and concerns of so many European Jews,” she said. “Our countries are duly stepping up security measures, but this is first and foremost a battle of hearts and minds against anti-Semitism and any kind of discrimination based on faith or ethnicity.”

In London, British Prime Minister David Cameron announced that a British national memorial will be built in Victoria Tower Gardens next to the Houses of Parliament. “It will stand beside Parliament as a permanent statement of our values as a nation,” he said.

Cameron announced that a national memorial to the Holocaust will be built in London’s Victoria Tower Gardens, near the Houses of Parliament. A design contest will be launched in the coming weeks, and the memorial will be built by the end of 2017.

The plan to build a memorial was proposed by the cross-party Prime Minister’s Holocaust Commission, which examined how the UK should ensure the memory of the Holocaust is preserved. In addition to the national memorial, the commission recommended building a learning center to further Holocaust education and preserve testimony from Holocaust survivors.

Speaking at the start of Prime Minister’s questions, Cameron said the memorial “will stand beside Parliament as a permanent statement of our values as a nation.”

“Our whole country should stand together to remember the darkest hour of humanity,” he stated.
Britain’s Chief Rabbi Ephraim Mirvis said building the memorial “at the very heart of British democracy…sends the strongest possible message on behalf of the whole country, that the lessons of the Holocaust will forever form a part of our national consciousness and that the legacy of survivors will be secured for posterity. 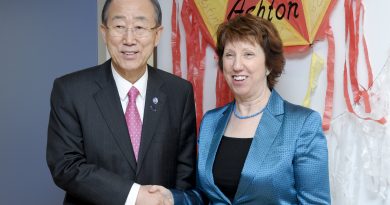