Bulgaria’s complex issues in the energy sector and lack of reforms had “compromised the financial stability of public and private stakeholders”, the EU said in its first State of the Energy Union report, published on November 18.

The report, the first of its kind, comes nine months after the EU adopted an energy union framework strategy and is meant to serve as the measuring stick for progress made in implementing the strategy.

In Bulgaria’s case, the EU noted that domestic coal production – accounting for 34 per cent of gross energy consumption, double the EU average rate – made the country less dependent on imports than the bloc’s average, but the fact that Bulgaria imported all gas and nuclear fuel from Russia made it vulnerable to disruptions.

“The construction of the critical infrastructure projects, which would modernize Bulgaria’s gas network and reinforce the gas links with its neighbours (Greece, Romania, Serbia and Turkey), incurs delays mainly due to regulatory and financial difficulties,” the country assessment said, but it also noted that in terms of electricity interconnection, Bulgaria was already above its 2020 target and on track to meet the 2030 target.

The main issues faced by Bulgaria’s energy sector were the expansion of renewable energy power generation capacity based on generous subsidies for solar power and co-generation, long-term purchase power agreements, delays in phasing out power plants being non-compliant with the EU Large Combustion Plant Directive, as well as a “weak and politically dependent” energy regulator.

“While market concentration in power generation is below EU average, the potential positive effects are hampered by a single buyer model with a quota system granting priority access to uncompetitive power plants. Market concentration is above EU average in gas supply markets. The consumer satisfaction in electricity market is the lowest among the EU 28, while in gas is just below the EU average,” the report said.

But for all those faults, Bulgaria did show improvement – the country was on track to meet its 2020 energy efficiency target, while the energy intensity was still the highest in the EU, but rapidly declining. The country had already exceeded its 2020 renewable energy target and was on track to meet its 2020 decarbonisation target (but the report also noted that Sofia had no longer-term climate policy strategy beyond 2020.) 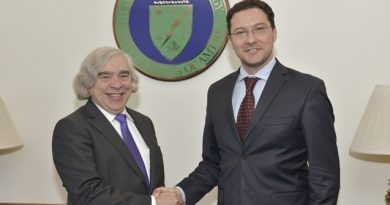