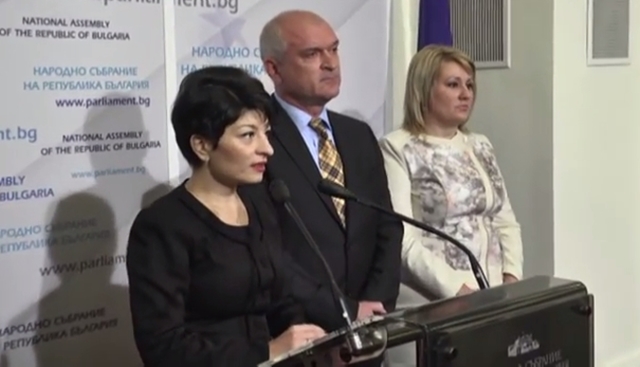 Members of Parliament who were on the ad hoc committee that recommended removing the immunity from prosecution of Ataka leader Volen Siderov and his fellow party MP Dessislav Chukolov said that they had received telephone threats after their mobile phone numbers were broadcast on Siderov’s mouthpiece cable television channel Alfa Ataka.

The committee called on the Council for Electronic Media, statutory regulator of the broadcast media, to investigate the matter, and also have requested the Prosecutor-General to follow it up.

Siderov and Chukolov were involved in a number of late-night incidents in central Sofia that have led the Prosecutor-General to request their prosecution on charges of hooliganism and intimidation, including their request pending trial. Parliament already has agreed to one of the requests to remove the immunity of the two.

MPs told reporters in the National Assembly building that Alfa Ataka had broadcast their photographs and mobile phone numbers, after which they were subjected to threatening calls and text messages at various times of day and night.

Among those who received threats was Dimitar Glavchev, a deputy speaker of the National Assembly from Boiko Borissov’s GERB party, who heads the ad hoc committee on the requests to remove the immunity of Siderov and Chukolov.

Others who received threats included GERB MP Dessislava Atanassova, Emil Dimitrov from the Patriotic Front – a rival nationalist group that has more seats in Parliament than Ataka, which is one of the two smallest parties in the Assembly – and independent MP Anna Barakova. Atanassova said that the threats were directed not only against her but the entire government.

Atanassova criticised CEM and other state bodies for tardiness in responding to the MP’s complaints about the phone harassment and the broadcasting of their phone numbers.

“It is unacceptable that we are harassed almost round-the-clock, receiving calls from all sorts of people. We are dealing with another base deed by our Ataka colleagues. I call on the rest of media to condemn what has been going on for several days. Our photos and phone numbers are shown almost round-the-clock by (Alfa Ataka),” she said.

On the afternoon of November 6, CEM confirmed that it had started an investigation.