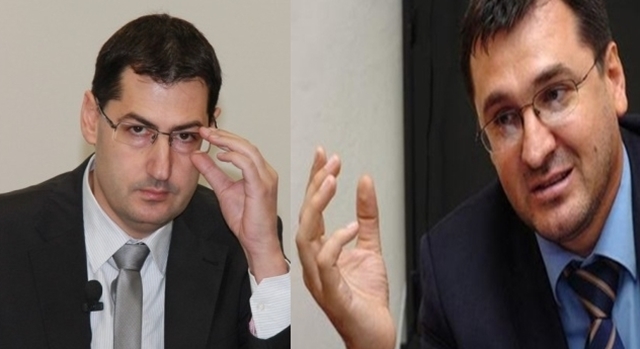 The nationalist Patriotic Front, which nominated Slavcho Atanassov as its candidate for mayor of Plovdiv, will announce in the National Assembly on November 3 whether it will lodge an application for the annulment of the second-round election that saw GERB’s Ivan Totev win a narrow victory.

If the results are confirmed, it will be the second time that Totev defeated Atanassov in a run-off vote. In 2011, as in 2015, there was an initial field of 16 mayoral candidates. Four years ago, Totev pulled off a narrow victory, by about 2200 votes – a wider margin than in this past Sunday’s run-off.

On November 2, Ilko Iliev, head of Atanassov’s campaign headquarters, told Bulgarian National Radio that the team was comparing results from reports they had recedived with those posted by the municipal election commission on the Central Election Commission’s website.

“We will summarise discrepancies and compile all violations of the electoral process, including reports of vote-buying. Only then will we decide whether we want the elections cancelled,” Iliev said.

He said that the decision would be announced in Parliament by the leaders of the Patriotic Front, Valeri Simeonov and Krassimir Karakachanov, within the next day.

Meanwhile, in a message posted in the podtepeto.com website, Atanassov thanked those who had voted.

He said that his candidacy had achieved a strong result, in spite of the power of the GERB party, which had had to seek help from the Reformist Bloc, from Dani Kanazireva’s coalition, from Zdravko Dimitrov and Georgi Tyutyukov (all eliminated at the first round) and from Atanas Tarev’s Agrarians.

Atanassov said that the “entire state machine” had been deployed against him, along with huge financial resources. His message contained no direct reference to whether he would challenge the result.

Totev, according to a report by podtepeto, expressed disappointment with the support he had received from his political partners, saying that he had expected that it would be more forceful and expressive.

Stated political support did not necessarily mean that electoral weight goes along with it, Totev was quoted as saying.

Totev said that he intended no changes to his team, with the exception of appointing Tyutyukov deputy mayor for sport.