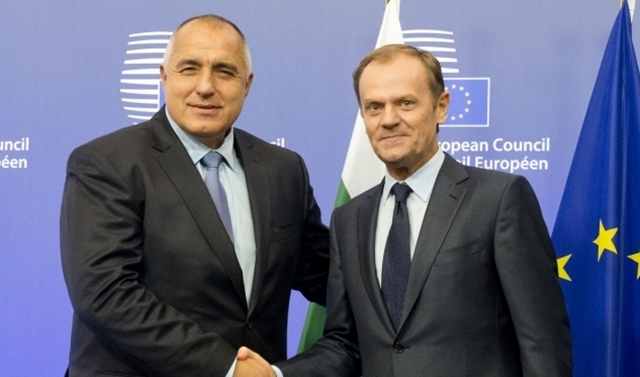 Bulgaria has so far managed its borders well and this is clear evidence that the country is ready to be part of the Schengen area, European Council President Donald Tusk said on October 9 after talks in Varna with Prime Minister Boiko Borissov.

Tusk was in the Bulgarian Black Sea city to discuss Europe’s migrant crisis with Borissov.

Bulgaria had so far managed the situation at its borders well, Tusk said, adding: “these are also EU borders and I really respect your efforts. We are fully aware of how many resources you spend to protect Turkish and Greek borders. For me this is clear evidence that you are ready to be part of the Schengen area.”.

Tusk said that Bulgaria deserved praise for actively participating in Frontex operations in other member states.

“This is another proof of your commitment to European solidarity. Solidarity goes both ways,” he said.

Should further difficulties arise on Bulgaria’s borders, EU support in terms of financial assistance or otherwise, can be explored, Tusk said.

“Simply speaking, today Bulgaria is perhaps the best example, also for other member states, of how to protect its borders,” he said.

On the Schengen issue, Tusk said that he knew that many in Bulgaria consider this should have happened by now.

“I can assure you of my support for your accession, but we need all member states’ agreement. We work hard to make it happen. In the meantime, Bulgaria needs to ensure that judicial reforms, fight against corruption and organised crime continue at a robust pace. Not just because the EU requests it but first and foremost because it will make Bulgaria stronger.”

As a result of the special European Council on September 23, there was now a shared understanding between all EU heads of state or government that restoring the control of the EU’s external borders is a primary task.

“Regaining control of our external borders is a sine qua non condition for an effective, humanitarian and safe migratory policy,” Tusk said.

He said that at the informal meeting of the EU heads of states and governments in September 2015, progress had been towards finding solutions to “the chaos that we see at our external borders”.

A further meeting would be next week to review what has been done and agree on further orientations. This will include increased cooperation with Turkey, he said.

Tusk said that it was a positive step that Bernardino Leon has proposed a national government of unity in Libya. “I strongly encourage all parties not to waste this opportunity. Libya has too few opportunities for lasting peace.”

He said that he and Borissov also had discussed energy issues.

Energy security remains a priority for the EU, Tusk said.

“The key infrastructure projects, which the EU agreed with Bulgaria and other countries of the region should be swiftly implemented to create a resilient network, which will shield us from external risks.

“We should continue our efforts to diversify energy supplies and decrease our dependence on a single supplier. To this end we should robustly enforce energy legislation and make sure that all agreements are compliant with the EU energy security provisions. This is a priority of the European Council and the Commission, whether in the south or in the north,” Tusk said.

Borissov said that proof of Bulgaria’s success in the fight against smuggling was that 2.3 billion leva had been received in the state coffers, and the end of the year had not yet been reached.

He said that Bulgaria had proven that it was a much better Schengen border than half the countries in Europe and it was even offensive to put the topic for discussion.

“At the last EU Council and now at the meeting with Donald Tusk I clearly and explicitly declared that Bulgaria backs and insists on the establishment of buffer zones on the territory of Syria because it is good for these people to be kept close to their mother country,” Borissov said.

He reiterated his hope that the conflict would end soon and people would return to whether they came from.

“Anything else is too risky problem for the EU countries, including for Bulgaria. I explained to Mr Tusk the expenses that Bulgaria is incurring in terms of equipment and the army, the engagement of police and gendarmerie officers.

“These people work under inhumane conditions in the mountainous regions, in mud and rain, in order to protect Schengen’s security, ” Borissov said, expressing gratitude to all police, border and military officers, “who are in the fields and the forests right now and protect the Schengen area and the external border of the EU”. 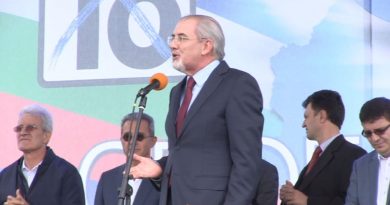