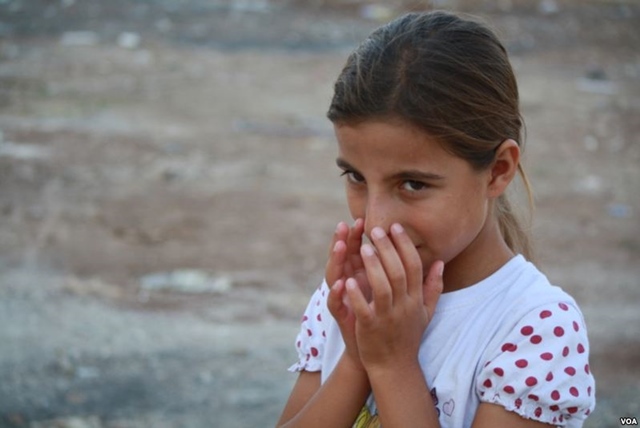 Near the border crossing to Syria, refugees loiter near trucks lined up to deliver food into their country.  If they cross over to Syria, they won’t be able to legally return.

A blaring ambulance races into Turkey from a battle zone in Syria only 10 kilometers away, reminding the people why they left in the first place.

Syrians illegally cross this border on a near-daily basis, according to Mustafa, a 36-year-old Syrian refugee, but fewer are registering at the camp surrounded by metal bars and barbed wire only meters away.

“They go from the border to the bus station,” he said.  The people then travel north to beach towns, where they hope to catch a smuggler’s boat to Greece.  “The situation in the camps is very bad,” he added.

Running from war, and extreme poverty as dangerous as war, people across the Middle East and Africa have been illegally attempting to enter Europe by the hundreds of thousands since the beginning of this year.

In recent days, European Union members have softened their stance on immigration, pledging to take in more refugees after public outcry sparked by demonstrations, clashes and a harrowing picture of a dead child on a beach.  Following Germany’s announcement last week that it expects to take in 800,000 this year, other countries have followed suit.

On Friday, the United Kingdom announced it would be taking in “thousands” of new refugees, and the United States has come under scrutiny for taking in only 1,500 this year.

Despite the wave of generosity from countries and volunteers across Europe, getting onto the continent still requires that refugees risk their lives on flimsy boats, hike through deserts and endure a medley of other horrors.

In the past year, more than 2,500 people have died in the Mediterranean Sea attempting to cross into Europe, according to the International Organization for Migration.  Turkish President Recep Tayyip Erdogan blames European countries for the tragedy, saying they turned the sea into a “cemetery for refugees.”

But some Syrians desperate to escape the war at home or the desolation of years in squalid refugee camps, mostly in Lebanon, Jordan or Turkey, say they would rather die than stay where they are.

“We die a hundred times every day,” said one man in a Whatsapp message from a refugee camp in Jordan as he and his friends prepared to depart for Turkey.  “I have been in the camp three years.  I need relief from fear.”

And as winter closes in, people are fleeing Syria and refugee camps faster to catch the last months of warm weather, making the dangerous journey a little more bearable.

Tensions by the Syrian border with Turkey are also palatable, and refugees say they can hear fighting and bombs at night.  Recently, an airstrike aimed at Islamic State forces in Syria was so powerful that the small tin homes in the Turkey camp leaped five  centimeters off the ground, Mustafa said as he chatted with another camp resident by the border crossing.  She nodded in agreement.

Camp rules, he said, are also increasingly restrictive, and many residents feel they have traded their freedom for $20 a month, access to medical care and a roof over their heads.  If residents break the rules, in such ways as leaving the camp without permission or running an air conditioner, they can be expelled and cut off from aid.

But that aid, said Ghosun, a mother of two, is the only thing keeping her family alive.  She said she could not understand why so many people would turn away from it to risk their lives attempting to reach Europe.

Ghosun fled her village near Aleppo a year ago, after more than three years of what she called “living under bombs.”

“I don’t know why they go,” she said.  “It’s not so bad staying at the camp.  There is electricity.  There is water.”

(Near Turkey’s border with Syria, many refugees in camps are eager to try to get to Europe. But some families, like that of 11-year-old Maryam, say after years of war, they prefer the small comforts of the camps. (Photo: Heather Murdock/VOA) 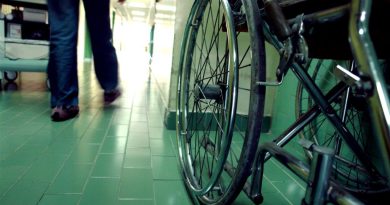