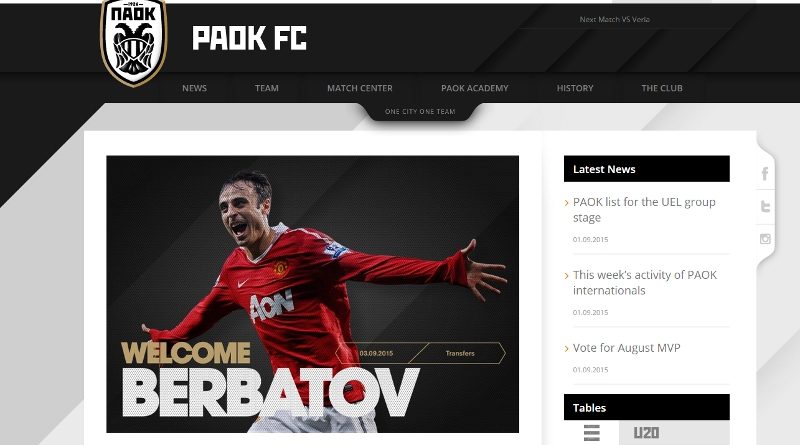 Former Tottenham and Manchester United striker Dimitar Berbatov has joined Greek football team PAOK, the club said on September 2. Berbatov, 34, was released by Monaco after his contract expired in June and has been linked with several clubs during the transfer window, including speculation in British media of a possible return to England with Bournemouth or Aston Villa.

Instead, Berbatov signed a one-year deal with PAOK, which plays in Thessaloniki, less than 200km south of the striker’s hometown of Blagoevgrad. The deal will make him one of the highest paid players in the Greek Superleague, with media reports claiming his salary would exceed 1.6 million euro, rising up to two million euro if certain incentive benchmarks are met.

Best known for his stint in England, where he won two league titles and one “golden boot” award in four years at Manchester United, Berbatov started his professional career at CSKA Sofia before moving to Bayer Leverkusen at the age of 20. At the German club, he was part of the team that came close to winning a treble in 2002 – but lost the German league and cup, as well as the Champions League final, within the space of two weeks.

He moved to Tottenham in 2006, adapting quickly to English football and became United’s record signing two years later, with a transfer tag of 30.75 million pounds. Although he was never a prolific goal scorer in Manchester, he played a key role in the squads that won the title in 2008/09 and 2011/12.

After a year and a half at Fulham, Berbatov moved to AS Monaco in the January 2013 window, impressing in his first season with nine goals in 15 matches and helping the club finish runner-up in the French league. He failed to replicate the same form in the next season, but played a big role in Monaco’s elimination of Arsenal in the Champions League, scoring one of the three goals at Emirates Stadium that ensured his team’s progress to the quarter-finals.

Berbatov has also won the Bulgarian player of the year award a record seven times and is Bulgaria’s all-time record goal scorer, with 48 strikes in 79 matches. He retired from international football in 2010.

Dimitrov powers past Fognini to reach Monte-Carlo third round 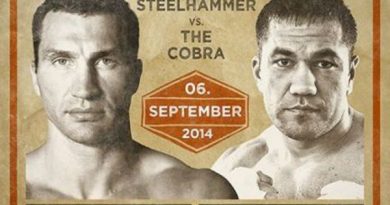