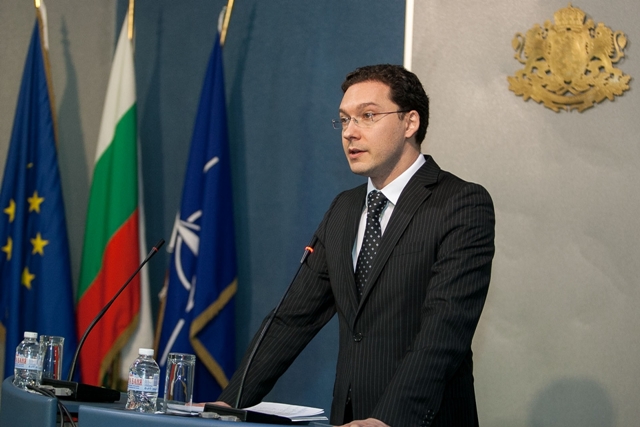 The stated intention of the United States to deploy military equipment in Bulgaria is within the framework of agreements at the 2014 Nato Wales Summit and part of co-operation with Washington on security, Bulgarian Foreign Minister Daniel Mitov said on June 24, adding that Bulgaria had not yet agreed to the deployment.

Mitov condemned the “hysteria” about the stated intentions, saying that the agreement with the US on security and defence was signed in 2006, when the Bulgarian Socialist Party (BSP) tripartite coalition government was in power, and the agreement provided for regular training exercises.

“Once again there is hysteria about something that has been announced in advance,” Mitov said, referring to previous announcements by the Bulgarian government about the large number of military exercises set for this year.

Following reports about the US heavy weapons deployment plans, including US defence secretary Ash Carter saying on June 23 that Bulgaria was among countries that already had agreed to heavy weapons deployment, the BSP demanded that Defence Minister Nikolai Nenchev be asked to address Parliament’s defence committee on the matter, saying that if this was refused, the party would seek support among MPs for a petition to summon Nenchev to the National Assembly.

In recent weeks and days, both head of state and commander-in-chief President Rossen Plevneliev and Defence Minister Nenchev have said that Bulgaria had not received a formal official request and details from the US about the deployment.

Mitov said on June 24 that Bulgaria had not yet agreed to the deployment of the weaponry, adding that there was a technical procedure to be followed in this regard.

The Foreign Minister said that at the Nato Wales Summit, alliance members had endorsed an action plan which included exercises on the eastern flank of Nato in response to the crisis in Ukraine.

Mitov portrayed exercises with the US as nothing unusual, saying that in the nine years since the BSP government signed the agreement with the US, there had been a large number of exercises, which included military equipment being deployed in Bulgaria.

He said that Nato did not intend to deploy offensive weapons or weapons that could be perceived as a sign of aggression in Bulgaria.

“The Nato troops are our troops, no matter where they come from – Germany, the US, the UK, or France. We have an agreement with all these countries to protect each other and when there is tension on the eastern flank of Nato, they are here for us, for the Bulgarian citizens, while the Bulgarian government considers the security of the Bulgarian state and the capacity of the Bulgarian army important,” Mitov said.

Deputy Defence Minister Dimitar Kumurdzhiev said that the deployment was carried out according to previously approved plans.

It was not possible for the US, as a Nato member, to deploy such military equipment without this being specified in the plan for training, the period of time over which the exercise would take place and where it would take place.

The 2006 agreement allowed for up to 2500 US military personnel, along with appropriate equipment, to be deployed on Bulgarian territory. At the moment, this number had not been reached and would not be reached, he said.

Mitov said, “Our national security is a matter of national consensus and it should unite us, not divide us and be used for propaganda”.

Kumurdzhiev said that according to a Constitutional Court decision, the presence of troops in Bulgaria from Nato member states did not count as foreign troops as covered by provisions of Bulgaria’s constitution.

Mitov said that when the technical parameters of the proposed deployment were known, the public and Parliament’s defence committee would be informed.

He said that there should be not be unnecessary tension about “normal things that have been happening already for years”. Bulgaria was a Nato member and had a treaty with other member states to defend each other, Mitov said.

US defence secretary Carter said on June 23, according to a report by Reuters, that the Baltic states – Estonia, Lithuania, Latvia – as well as Bulgaria, Romania and Poland had agreed to host the arms and heavy equipment. Some of the weaponry would also be located in Germany.

The idea is that the US will deploy heavy military equipment in Eastern Europe, to move into the region for training and military manoeuvres. In this way, Nato will be able to respond more quickly to any military crisis arising in the region.

Countries where the American weapons will be located have been selected because of their close location to training ranges in order to reduce the time and cost of transportation in military manoeuvres. 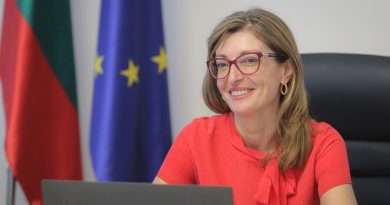