Sofia city prosecutors have opened an investigation into allegations of mismanagement against the two administrators appointed last year to take charge of the Corporate Commercial Bank (CCB), the prosecutor’s office said in a statement on May 11.

The two administrators, Elena Kostadincheva and Svetoslav Lyutov, are suspected of failing to protect CCB’s assets, which led to significant damages for the bank, the statement said.

The probe will cover the period between November 2014 and March 2015, with investigators reviewing all contracts signed by the bank during that time, in which customers with preferential deposits might have received their money in breach of the bank insolvency law.

CCB asked to be put under the Bulgarian National Bank’s (BNB) special supervision in June 2014 after suffering a bank run on deposits – just days before the request, the central bank gave assurances that there were no liquidity problems at any bank in the country – which resulted in BNB administrators taking over the CCB board.

An audit later found that CCB held about 4.2 billion leva of impaired assets and the subsequent write-down pushed the lender’s equity into negative figures, prompting the BNB’s decision to repeal the bank’s licence in November. A court has declared CCB insolvent, although the insolvency date is being appealed both by prosecutors and the central bank.

The exact size of CCB assets remains unclear, but the issue is a sensitive one after the Cabinet was forced to lend two billion leva to the state deposit guarantee fund to cover the full payout of guaranteed deposits at CCB. The fund thus became the lender’s largest creditor, but it is unclear whether the bank has enough assets to pay the fund in full. 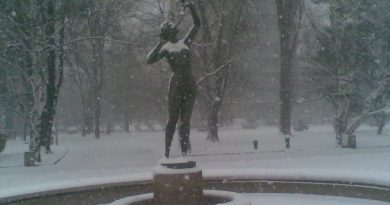