The group of countries stretching from the Baltic states all the way to Turkey have been affected differently by external forces – oil prices, strength of the euro area recovery, and geopolitical tensions.

Furthermore, some of the countries are still afflicted with debt overhang and are not likely to grow out of it without deep institutional reforms, in addition to supportive macroeconomic policies.

These are the main conclusions of “Mind the Credit Gap,” the IMF’s new Regional Economic Issues report, launched on May 10 in Budapest at a conference hosted by the Central Bank of Hungary.

Weak investment is a common challenge in a very heterogeneous region. Investment is being held back by still low demand growth in much of Europe and uncertainty both at the global and the euro area level, but also by an incomplete private sector balance sheet clean-up, the report said.

While credit deleveraging is necessary, it tends to be more protracted and a drag on growth when debt problems are pervasive, macroeconomic policies are not sufficiently supportive, and institutional frameworks are not flexible enough, according to the report.

“CESEE countries face a challenging dilemma: strengthen private sector balance sheets that have been damaged by the slump in demand and employment caused by the financial crisis; and, at the same time, achieve again investment levels that will support the growth rates their economies need to catch up with the more advanced European countries,” Jörg Decressin, Deputy Director in the IMF’s European Department, said.

In contrast, Commonwealth of Independent States (CIS – Belarus, Moldova, Russia and Ukraine) countries are expected to contract due to lower oil prices and sanctions (Russia) and the fallout from geopolitical tensions and ongoing macroeconomic adjustment (Ukraine).

According to the report, market volatility and geopolitical problems are the main risks that could negatively affect countries in emerging Europe.

An increase in geopolitical tensions related to Russia and Ukraine, as well as a deterioration of the situation in Greece loom in the horizon.

The beginning of rising of interest rates in the United States could increase funding costs and reduce capital flows to the region. On the upside, euro area growth may be stronger than expected on the back of the European Central Bank’s Quantitative Easing and lower oil prices, the report said.

Reviving investment remains a challenge for much of the region. Apart from global and regional uncertainties, pressures stemming from the deleveraging process have weighed down on growth and had a negative impact on GDP everywhere although less in CEE countries.

Addressing the issue of how countries could grow out of debt, the report said that the way was to support domestic demand; complete private sector balance sheet clean-up; and foster a pick-up in investment to ensure a robust recovery is the complex and often conflicting challenge ahead of policy makers in the CESEE countries.

To achieve this, a “multi-front approach” was required, according to the report:

* Fiscal consolidation is needed in many CESEE countries, but should not be too stringent, with the risk of derailing the recovery.

* Structural and institutional reforms are critical for lifting potential growth, especially for countries still facing private sector debt overhang: creating more efficient debt resolution frameworks; improving the business environment to raise productivity and reduce structural unemployment; making labor markets more flexible, so as to give companies more options to carry out necessary adjustments, other than only cutting back on investment, according to the IMF report. 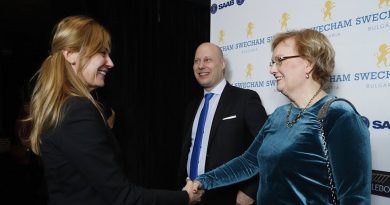