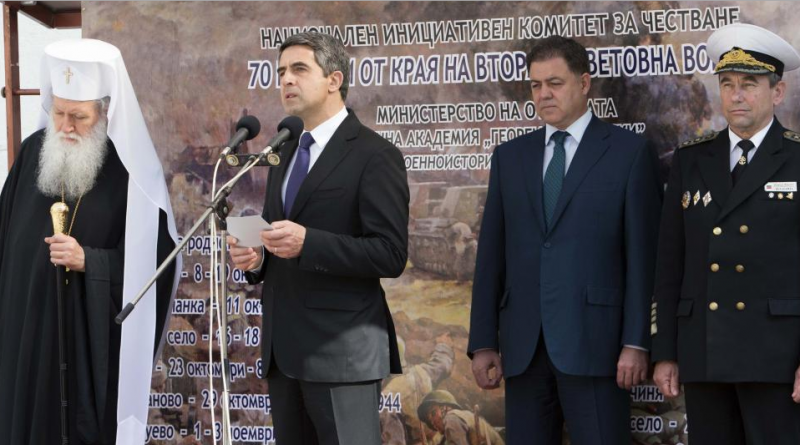 Bulgarian head of state President Rossen Plevneliev took part on May 9 in a succession of events to celebrate Europe Day, while around the Soviet Army monument in the capital, Russophiles and leftists waved hammer-and-sickle flags and posters celebrating Stalin to commemorate what Russia calls Victory Day.

The confluence of the days on which the anniversary of the 1945 victory over Nazi Germany falls and the date that the European Union marks as Europe Day showed, once again, the splits between left and right and the contest over modern memory in Bulgaria.

Aside from political divisions, at least part of the aspect of what – variously – was being commemorated was misrepresented by much of the Bulgarian-language media.

Broadcast and print headlines in Bulgarian media referred to May 9, or less so May 8, as the anniversary of the end of World War 2 – which it is not. World War 2 ended in September 1945 after the surrender of Japan. What had been Hitler’s Third Reich surrended on May 8 1945, or as the Soviets and later Putin’s Russia would commemorate the event, May 9, a difference predicated on the differences in time zones as the surrender documents were signed.

On the evening of the day that Western European countries joined in marking the anniversary of Victory in Europe Day, and in a year that sees vexed political tension regarding Russia’s illegal actions in Ukraine, leading to an effective boycott by most European leaders of the grandiose parade in Moscow, the public broadcaster asked Plevneliev why he would not be in the Russian capital on May 9.

Plevneliev told Bulgarian National Television’s weekly political talk show Panorama, “as head of state, I am not impressed by grand parades demonstrating military power and weapons of mass destruction, but I certainly am impressed by responsible political actions, decisions about how we can establish and guarantee peace for a long time and in a stable manner in Europe”.

Plevneliev said, “we will raise the flag of the EU, of Europe, high but we will also honour the memory of those who lost their lives, the more than 50 million in the bloodiest conflict in the history of humankind, World War 2”.

Asked about his absence from the parade under the auspices of Putin in Moscow, Plevneliev said, “it is no surprise what the Bulgarian head of state will do for a fourth year in a row”.

He said that he would take part in “quality” debates as well as with Bulgarian veterans about the history lessons that had been learnt.

Plevneliev underlined that Bulgaria followed a foreign policy in solidarity with the EU and said that he wished that the Bulgarian policy of 45 years under the communist regime, as if the country had been the 16th USSR republic, “to remain a thing of the past”.

Bulgaria wanted to conduct a foreign policy that was in line with its national interest and as it had been defined by the country’s 19th century hero in the struggle for liberation for Ottoman rule, Vassil Levski, “he taught us that being equal to the other European peoples depended on each of us”.

“While I am head of state, Bulgaria will be a respectable and solid EU member state and I assure you it finds lots of friends nowadays,” Plevneliev said.

Bulgaria’s centre-right government, in power since November 2014, has been firm in supporting EU sanctions against Russia, while speaking openly about the negative side-effects that these sanctions mean for the country.

Plevneliev, Bulgaria’s head of state since taking office in January 2012 after election on the ticket of centre-right GERB, the country’s most popular political party, has a record of being forthright in his repeated criticisms of Moscow’s actions regarding Ukraine and what he calls the attempt to resuscitate the Great Power politcs of the 19th century.

But for a minority of Bulgarians, May 9, which Russia celebrates in the tradition of the Soviet-established “Victory Day” that ended what Moscow calls the Great Patriotic War, is a matter for continued solemn celebration.

The rival perspectives were exposed in a heated debate in Bulgaria’s National Assembly on May 8 as socialist and nationalist pro-Russia parties tried to amend clauses in a formal declaration marking the 70th anniversary of the defeat of Nazi Germany.

Volen Siderov, leader of the Ataka party – a far-right and nationalist formation with a track record of following the line of Putin’s Moscow, opposing EU sanctions and wanting a referendum on Bulgaria leaving the EU – was alone among Bulgarian political leaders in attending the parade on Red Square.

Siderov, leader of one of the current National Assembly’s two smallest parties, told media in Sofia from Moscow on May 9 that he was in the Russian capital to pay his respects at the solemn event.

“It’s an incredibly solemn event and is disgraceful that the Bulgarian president and prime minister refused to honour it – pathetic behavior on their part. The Czech president, for example, is here, which shows how a country like the Czech Republic can stand alone,” Siderov told Bulgarian radio.

Siderov added that the lesson of World War 2 was that, “whoever went up against Russia ends up like Napoleon and Hitler”.

In Sofia, a group of socialist, leftist, communist and Russophile bodies continued their own commemorations, with a group of volunteers guarding the Soviet Army monument in Sofia overnight to prevent it being “defiled”.

The Soviet Army monument has regularly been a canvas for those who revile the memory of communist rule and who oppose the actions of the Putin regime. In recent years, it variously has been re-dressed to turn the Soviet troops into Pussy Riot, pop culture figures like Superman and Ronald McDonald, or re-daubed either to show solidarity with the people or Ukraine or to commemorate episodes of violent repression in Central and Eastern Europe under Soviet rule.

The May 9 gathering at the monument, attended by the Russian ambasador, saw a group of a few hundred people holding red flags with the hammer-and-sickle, posters glorifying Stalin and the communist party.

Also in attendance were senior figures from the Bulgarian Socialist Party, current the second-largest (by some distance) party in Parliament and the lineal successor to the Bulgarian Communist Party that had the country in its thrall from the second half of the 1940s to the beginning of the 1990s.

For Plevneliev, the day included a wreath-laying ceremony at the Monument to the Unknown Soldier, and ceremonies celebrating Europe Day.

He told a discussion at the European Commission representative office in Sofia that Europe Day was a symbol of change in the thinking of European citizens, turning their backs on conflicts, mistrust and hatred and looking towards their common future.

Plevneliev told the discussion, which also was attended by European Commissioner Kristalina Georgieva and Foreign Minister Daniel Mitov, that Europe Day embodied the triumph of the victory of human intelligence in post-war Europe.

“On May 9 1950, France and Germany laid the foundations of a new beginning, which put an end to old rivalries. After the bloodiest conflict in human history, at the cost of tens of millions lost their lives, Europe has learned its lessons,” Plevneliev said.

He said that from that date to today, tremendous efforts had been to modernise Europe “and today we are happy that we live in a united, peaceful and prosperous Europe”.

Plevneliev said that thanks to the peace and solidarity, co-operation and democracy, European values were fundamental not only in the European Union but also beyond its borders.

“You have to realise why we are part of the European family,” he said, adding that the Bulgarian people knows not only its history, but that of Europe in the 20th century. “We are aware that peace, human rights, democracy and the rule of law is above all. Without them economic development is impossible,” he said.

Earlier, speaking at a ceremony at the Rakovski Military Academy in Sofia, Plevneliev said that an unambiguous assessment of fascism would allow Europe to move forward and to keep the peace.

“A total and unequivocal assessment of fascism allow Europe to move forward, to put aside old conflicts and to build genuine rule of law and social state and, most importantly – to keep the peace,” Plevneliev said at a ceremony at which urns containing soil from the battlefields of the Bulgarian army of World War 2 were laid in the grounds of the military academy.

Bulgarian society and the whole democratic world has long since condemned fascism and that ideology had been banned in Europe, he said, and called again for an objective reading of history.

Plevneliev issued a reminder that a few days after Europe was liberated from fascism, on a large part of its territoryanother totalitarian regime was established.

He said that it was not armies, but rules, that today had made Europe stronger.

“So let us not be carried away by parades that demonstrate military power, but explain to young people the lessons of history and how to achieve a peaceful and united Europe,” Plevneliev said. 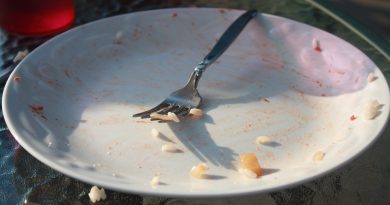