The year 2014 saw a huge increase in violent anti-Semitic incidents in Europe, according to an annual study published in Israel, the European Jewish Press reports.

The highest number of incidents occurred in France, 164 compared to 141 in 2013,the study by Tel Aviv University’s Kantor Center for the Study of Contemporary European Jewry, shows.

A total of 766 violent anti-Semitic acts, with or without weapons, were carried out around the world last year which represents a 38 per cent increase over 2013 in which 554 violent incidents were registered.

Arson, vandalism and direct threats against Jews or institutions such as synagogues, community centers, schools, cemeteries and monuments as well as private property, were included in the figure, making 2014 the worst year for such attacks since 2009.

“The overall feeling among many Jewish people is one of living in an intensifying anti-Jewish environment that has become not only insulting and threatening, but outright dangerous,” the study said, citing “alarming reports especially from Western Europe and North America”.

Anger in Western Europe over Israel’s military offensive in the Gaza Strip last July and August, as well as anti-Jewish caricatures in the media and social networks had helped to turn anti-Semitism into an “almost daily phenomena seen and felt in every sphere of life”, the report said.

Last January, four hostages were killed in a kosher supermarket in Paris in violence that began when Islamist terrorists carried out a massacre in the office of the Charlie Hebdo satirical weekly. In May 2014, four people were killed by an Islamist gunman at the Jewish Museum in Brussels.
Britain registered 141 violent incidents against Jews in 2014 after 95 a year earlier.(14 compared to one).

In Western Europe in particular, the study said, “the issue is not only a matter of having more security means provided by the respective states, but rather the ability to lead a full Jewish life especially under heavy police and even army protection”.

The report also found that during 2014, the number of attacks on Jews and their property and institutions with weapons amounted to 68 cases; more than double the number the previous year, in addition to 101 cases of weaponless violence.

The number of arson cases has more than tripled in comparison to the previous year, and there were 412 incidents of vandalism. More than 306 people were targets of attacks, an increase of no less than 66 per cent in comparison to 2013; the 114 attacks ofsynagogues marked an increase of 70%;and as many as 57 community centres and schools,118 cemeteries and memorial sites as well as 171 private properties were targeted.

“Many streets in our European cities have become hunting grounds for Jews, and some Jews are now forced to avoid community institutions and synagogues as a result,” Dr. Kantor said. “Some are choosing to leave the continent, many are afraid to walk the streets and even more are retreating behind high walls and barbed wire. This has become the new reality of Jewish life in Europe.” 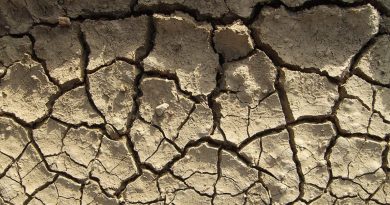 Droughts in Europe in July 2022: almost half of EU territory at risk 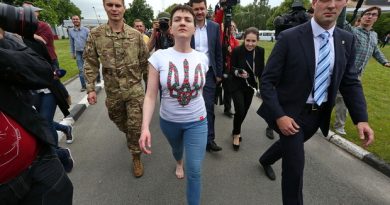