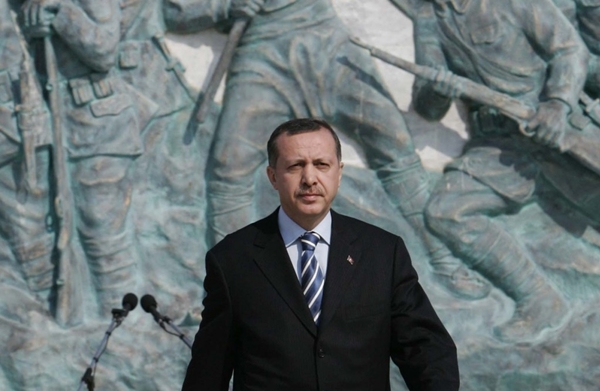 Turkish president Recep Tayyip Erdogan is continuing to wield influence ahead of the country’s June 7 general elections, despite a constitutional requirement that he stay out of party politics, his critics say.

The choices of Erdogan’s son-in-law, his speechwriter and his lawyer as candidates are widely seen as confirmation that the president still wields power over the ruling AK party. Critics within his party say Erdogan is seeking an AKP majority that would allow it to change the constitution and enshrine the powers of the president.

Last week, deputy prime minister Bulent Arınc lambasted Erdogan, accusing him of trying to put in place a de facto presidential system that is not defined in the constitution.

Political scientist Cengiz Aktar of Istanbul’s Suleyman Sah University said Erdogan’s choices indicate the president remains firmly in control. “These are backbenchers who were selected by the president,” Aktar said. The few candidates for prime minister, he added, constitute “another confirmation of the weight of Mr. Erdogan on the party.”

Many first-time candidates
But other observers point out that it remains difficult to identify the allegiance of many AK candidates, with over half of them making their first bids for parliament.

A lot of attention is also focused on the main opposition CHP party, following the success of primaries to choose more than half its candidates. Analysts said the procedure was widely seen as successful and enhanced the standing of CHP leader Kemal Kilicdaroglu, both in his party and in the country.

Kilicdaroglu used his choice of candidates to promote diversity. But political columnist Kadri Gursel of Turkey’s Milliyet newspaper said that while the minority candidate selections were a smart move, the remainder of Kilicdaroglu’s choices appear to have been aimed more at securing his own position within the party than at broadening its appeal.

“Many would-be candidates who would contribute enormously to form an open-minded, libertarian, democratic CHP group have been eliminated,” Gursel said. “Kilicdaroglu has opted for consolidating his support.”

A first for HDP
Following close behind the CHP is the pro-Kurdish HDP party. It used to run for parliamentary seats with independent deputy candidates in earlier elections, in order to bypass the 10 per cent national threshold needed to enter parliament. But in the upcoming June elections, HDP will, for the first time, enter the race as a unified party.

If the party is unable to make the 10 per cent threshold in the elections, it will have no representation in parliament. But the party’s current representation of 35 MPs will more than double in size if it manages to break the threshold.

The HDP, like the CHP, included minorities in its candidate list, with many names from Turkey’s Alevi community leaders as well as Armenian-origin Turkish citizens. And among four major parties, the HDP has nominated the most female candidates, with 268 out of 550.

But columnist Gursel said the list is not likely to appeal to voters beyond those in the party’s base. “HDP had to make news by its list, because the list of HDP is the criterion or litmus test as to whether this party is serious and determined enough to pass the 10 per cent threshold,” he said.

Observers said that battle indicates that much of the election could be shaped by the two opposition parties fighting over the same voters, rather than targeting disaffected AK party voters. That will be welcome news for prime minister Ahmet Davutoglu, whose party for the first time enters a general election with a faltering economy, which could yet prove its greatest threat.