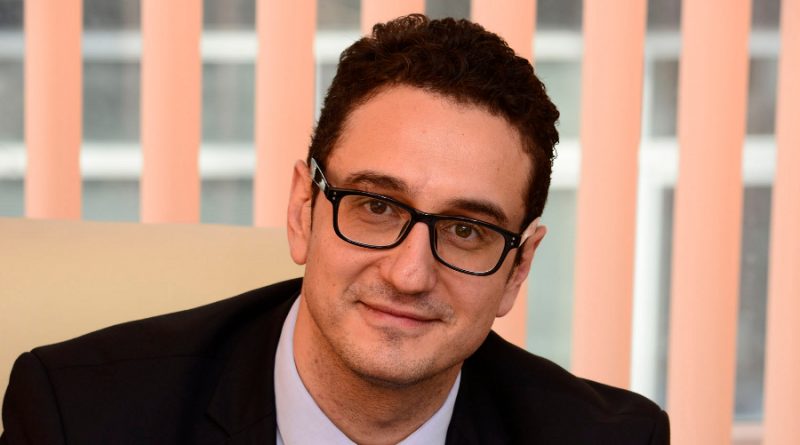 Money always finds its way to good ideas, and Bulgaria is a country with good and interesting ideas, says Stamen Yanev, head of the InvestBulgaria Agency.

“It’s just a matter of hard work and spreading the news around the world,” Yanev, whose appointment as InvestBulgaria executive director was announced on January 20 2015, says in an interview with The Sofia Globe.

A lawyer with experience in the mergers and acquisitions sector and who has previously worked for large international consultancy and audit firms, Yanev has a master’s degree in law from the St Kliment Ohridski Sofia University and is a member of the Sofia bar association.

InvestBulgaria may seem to have its work cut out, against a background of recent years of less-than-impressive FDI figures, but Yanev and his team are anything but deterred. He points out that a look at the big picture itself provides a basis for encouragement.

Outlining the factors that influence FDI in Bulgaria, Yanev points to, at international level, the delay in development in the recovery of the economy in the euro zone, the Ukraine conflict and the instability in the Middle East. Geography dictates that these factors have an impact on Bulgaria.

However, there are also significant potentially positive aspects of the international situation, stemming from the new government in Greece. His unstated implication being, a point that he expands later on, Bulgaria’s attractiveness in stability and predictability in the context of this region.

At the domestic level, for the past two years, the political situation in Bulgaria was “not so stable”.

This is, of course, putting it gently. In 2013 and 2014, Bulgaria saw five governments – three elected and two caretaker.

“When there wasn’t a stable and predictable political situation, you can’t expect an increase in FDI.”

He is quick to point out that this is thing of the past. After the formation of the new government, which took office in November 2014, there are grounds to foresee a positive increase in the FDI figure in 2015. Already, the numbers for December 2014 are better than those for December 2013, he says, quoting the official figures from central Bulgarian National Bank.

There is also a technical issue, of bringing into effect regulations from 2014 that supersede now-expired regulations from 2008, which in turn will mean blocked projects from post-June 2014 being transferred to the current year, consequently boosting this year’s performance.

When it comes to strategies to stimulate new investment and encourage the continuation and expansion of existing investments, Yanev says, “as the new management of the agency, we have a lot of ideas”.

In the short term, the process is involving as many meetings as possible with potential investors.

“We are listening to their problems, to facilitate clearing away the issues stopping the expansion of new investments.”

In addition, work has begun on an internal analysis of the investment process of the past 10 years.

This involves, in part, talks with all investors who have been handed the top-grade “Class A” investment certificate, provided for by law to smooth the path for large-scale strategic investments in Bulgaria.

“We are also looking into all requests from businesses, so as to try to make their lives easier when it comes to dealing with the administration.”

In the long-term, the agency intends to hear from as many voices in society as possible with a view to finding the best ways to encourage investments. A common understanding and determination will make it possible for Bulgaria to become one of the key financial centres for South-Eastern Europe, he says.

Yanev adds that the package also will include legislative amendments to stimulate doing business in Bulgaria, but is reluctant to be drawn about what these would be, pending wide consultations with all stakeholders. He is prepared to say that they are “very concrete ideas” and are pragmatic.

“The idea is to have, by the end of this year, a full strategy to encourage investment.”

For Yanev, a personal goal is to make the agency “more recognisable” in Bulgaria and abroad. That means, among other things, meeting with every investor possible – even the small ones – to hear them out about their views on potential solutions.

It is important to him that those he meets with understanding that he is a private sector business person, and his experience as a consultant is behind a vision of the agency acting as a “trusted adviser and partner” for those doing business here.

The long-term overall goal for the agency is, quite obviously, to increase investments in Bulgaria significantly and to have more projects like those of Hewlett-Packard, the Behr-Hella Thermocontrol GmbH (BHTC) investment in the Bozhurishte industrial zone outside Sofia, the Telerik deal, and further expansions of existing investments.

Asked about the strategic areas for investment in Bulgaria, he responds that this is an area that would be covered by the agency’s analysis of the performance of the past 10 years. He adds that, from a personal perspective, areas such as high-tech, food processing, transport and logistics, agriculture, and services focused on health care, such as pharmaceutical research and development.

To this he adds a significant ambition (also spoken of by Prime Minister Boiko Borissov during the visit to Sofia by German foreign minister Frank-Walter Steinmeier), “the great belief and hope that we would be able to bring a car producer into Bulgaria”.

Yanev cautions that success on this front would need a lot of work in developing infrastructure, technical university training and a dual education system. A good background is essential for the development of a car production industry in Bulgaria, he says, pointing to other cases – Romania’s background in producing Dacia before the Renault investment came in, the Czech Republic’s with Škoda before the Volkwagen investment.

“You cannot just jump straight in to car production, there should be a history in that area,” he says, adding that he is encouraged that Bulgaria is developing a history through its involvement in motor vehicle component investments.

Asked about the principal countries from which investment interest is coming, Yanev outlines a wide canvas, noting that in Europe, Italy and Germany are traditional partners for the country. The day before the interview, he had been in the German federal state of North Rhine-Westphalia as part of a delegation headed by Economy Minister Bozhidar Loukarski.

Yanev describes that visit as interesting and encouraging, not least because it is the federal state that produces about a quarter of Germany’s GDP. Plans are to return in November with specific project proposals.

There are also, of course, the fast-growing economies of Asia. “Our focus will be to look at them with special care and interest,” he says, noting that it is a matter not only of China but also of the former Soviet republics. A case in point regarding the potential for doing business is the recent visit to Sofia by Azerbaijan president Ibrahim Aliyev, during which he had meetings with Bulgaria’s president and with its prime minister.

Yanev discloses that a lot of requests expressing interest from the former Soviet republics in Asia are received. To this, he adds that the Arabic world has “big potential” and, last but far from the least, there is the world’s largest economy, the United States.

For Yanev, Bulgaria’s unique selling points as an investment destination traditionally have been the low cost of doing business, low level of taxes, and the fact that, recent political dramas notwithstanding, the country offers stability and predictability. Add to this Bulgaria’s good standards of education.

Further, he notes the AT Kearney survey that identified Bulgaria as one of the world’s top 10 outsourcing destinations, and the only one on that list in Europe. According to the Outsourcing Association, there is great potential for the business in Bulgaria. The association envisages that across the map of Bulgaria, there is potential to create 80 000 jobs in the country through outsourcing.

This may be an overly optimistic scenario, but Yanev holds that even if half the figure became reality, that would mean 40 000 new jobs in Sofia.

Outsourcing as an enterprise in turn has its spinoff benefits, including for the real estate and construction businesses, meaning a multiplier effect from such investments.

Yanev adds to the list of assets the InvestBulgaria Agency’s new team and the idea of the agency becoming a trusted adviser.

In real terms, this means deployment of people to be personal assistants to potential and existing investors, as a kind of fixer, arranging meetings and effecting introductions, guiding them through their interfaces with the administration.

This would not be the only form of introduction. Potential investors also would be able to meet those who foreign investors who have been in the country for some years and are willing to share their experiences, to show them land available such as in the designated industrial zones that have attracted a number of investments in the past couple of years. 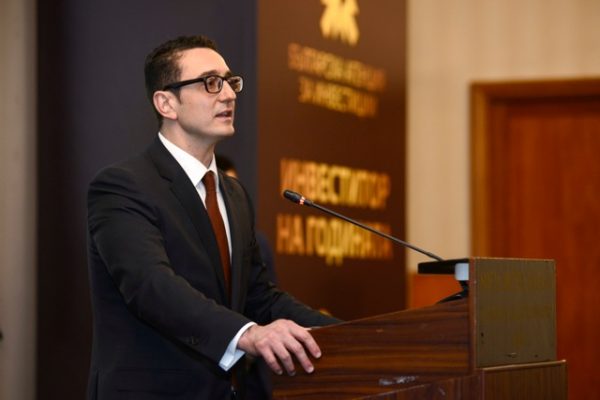 “If someone says that the tendency of investments in Bulgaria is dropping and there are no interesting investments, I am ready to argue, and to point out that we were able to hand over more than 10 awards at the Investor of the Year ceremony this year,” Yanev says.

Asked for examples of success stories, Yanev points to Devnya Cement, named Investor of the Year 2014 by the agency at the annual awards in February this year, an honour conferred for the company’s 114 million leva modernisation project at its plant, part of a 325 million leva investment, creating more than 3000 jobs.