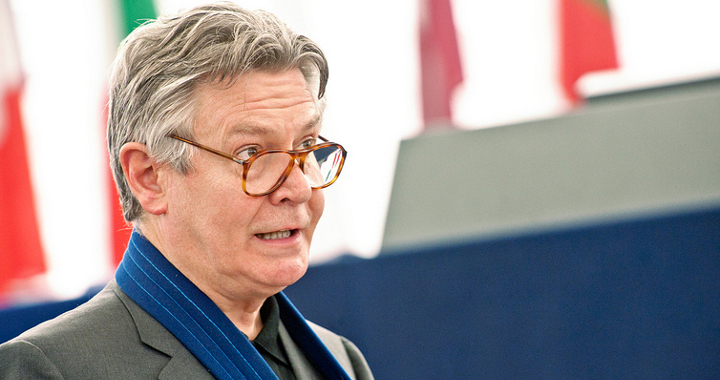 Speaking a day before European Parliament is due to vote on ACTA – an international treaty that internet freedom groups say opens the door for tight policing of online content – De Gucht said that a vote against ACTA would be a setback for the protection of our intellectual property rights around the world, re-iterating the stance of the European Commission, which negotiated the treaty on behalf of the EU.

“ACTA is not an attack on our liberties, it is a defence of our livelihoods. This is because we do not have to modify any part of our internal legislation, the so-called acquis communautaire. What is legal today in the European Union, will remain legal once ACTA is ratified. And what is illegal today will still remain illegal with ACTA,” he said.

Failing to pass the treaty, however, would be “a setback for the protection of our intellectual property rights around the world.”

MEPs “expressed serious concerns” about ACTA and were divided on whether they should wait for the European Court of Justice (ECJ) to issue its opinion on whether the treaty was compatible with EU treaties, European Parliament’s press service said in a summary of the plenary debate from July 3.

Five parliamentary committees have voted in June to recommend that European Parliament votes against ACTA, joining the European Data Protection Supervisor, which in April published a second opinion on the treaty that said ACTA’s provisions threatened privacy and data protection if not properly implemented.

British MEP David Martin, EP’s rapporteur on ACTA, said that the lack of clear definitions in the treaty left room for too many interpretations. “This time the devil is in the lack of detail. A vague text is dangerous and we cannot guarantee that civil liberties will be protected”, he said.

More than one MEP again criticised the European Commission for the non-transparent way in which it handled treaty negotiations and its failure to involve the European Parliament in the process.

(At the same time, it is unclear to what extent other signatory parties – which include Japan, Australia, Canada and South Korea – participated in the drafting of the controversial intellectual property provisions, with internet freedom groups claiming that ACTA’s section on intellectual property was drafted solely by the office of the US Trade Representative.)

Among the treaty’s defenders, Sweden’s Christofer Fjellner said that it would be “irresponsible” to vote for ACTA before the ECJ judgement, warning that rejection of the treaty would diminish Europe’s voice in the world.

A total of 22 EU member states signed ACTA in Tokyo in late January, sparking an immediate strong reaction against the treaty. Rallies in dozens of European cities and towns were held, with more than 100 000 people across Europe have joining the concerted anti-ACTA protests on February 11.

Several Eastern European members of the EU, Bulgaria included, suspended ratification of the treaty. If MEPs vote against ACTA, member states will no longer be required to ratify the treaty.

De Gucht, however, said that even should MEPs reject the treaty, the European Commission would “continue to wait for the opinion of the [ECJ] and study it closely”, after which it would discuss the issue with other treaty signatories and “then consider further steps to take.”