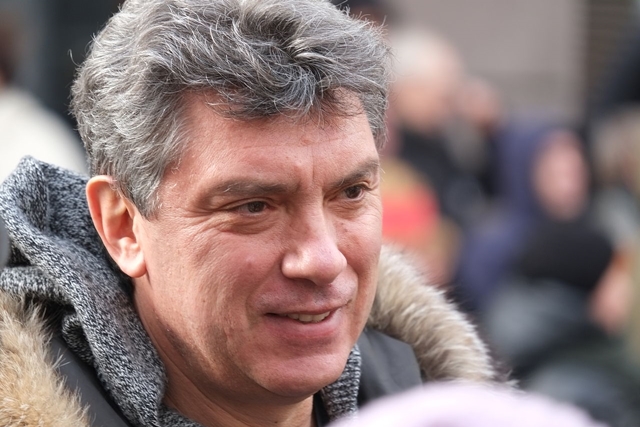 The Interior Ministry said Nemtsov was shot four times from a passing car as he walked across a bridge over the Moscow River right next to the Kremlin.

Police say Nemtsov was walking with a woman visiting him from Ukraine, who was not hurt. Police are questioning her.

After police removed his body, weeping mourners placed flowers and lit candles on the spot where he was gunned down.

A Putin spokesman said the president said it looks like a contract killing that could be a provocation ahead of an opposition march set for Sunday.

U.S. President Barack Obama issued a statement condemning the “brutal” murder and called on Russia to carry out a prompt and impartial investigation.

“I admired Nemtsov’s courageous dedication to the struggle against corruption in Russia,” the president wrote. “Nemtsov was a tireless advocate for his country, seeking for his fellow-Russian citizens the rights to which all people are entitled.”

Secretary of State John Kerry expressed shock and sadness. “Boris Nemtsov committed his life to a more democratic, prosperous, open Russia, and to strong relationships between Russia and its neighbors and partners, including the United States.

“His absence will be deeply felt in Russia and around the world. The United States urges the Russian authorities to act expeditiously to investigate and bring to justice those responsible.  Our thoughts are with the Russian people and with Nemtsov’s family and friends as we mourn his loss.”

VOA Moscow correspondent Daniel Schearf said Sunday’s march will likely become much bigger than planned and says the opposition will probably accuse the Kremlin of being involved in Nemtsov’s murder.

Fellow opposition leader Mikhail Kasyanov told reporters “That a leader of the opposition could be shot beside the walls of the Kremlin is beyond imagination. There can be only one version: that he was shot for telling the truth.”

Just hours before he was murdered, Nemtsov appeared on Russia’s Ekho Moskvy radio, urging Moscow residents to come out for Sunday’s opposition rally.

And he had one final strong comment against President Putin, calling the war in Ukraine a “mad, aggressive, and deadly policy.”

“The country needs political reform,” Nemtsov said. “When power is concentrated in the hands of one person and this person rules forever, this will lead to an absolute catastrophe.”

Nemtsov was a deputy prime minister in the 1990s and many Russian observers predicted he would succeed then President Boris Yeltsin.

After Yeltsin chose Vladimir Putin as his successor and Putin’s subsequent election in 2000, Nemtsov became one of Russia’s sharpest and most outspoken Putin critics, especially since last year’s uprising in Ukraine.

Nemtsov said Putin fears that what happened in Ukraine could happen in Russia and sees a pro-European Ukraine as a threat to his own power.

Speaking with VOA by phone from his home in Cambridge, England, Vladimir Bukovsky, a famous Soviet dissident and personal friend of Boris Nemtsov, said, “I suspect it’s a state murder.”

“It will never be forgiven … It is a premeditated, carefully planned assassination. It is shocking. That is how it has ended up in our country,” said Kasyanov. “An opposition leader has been killed in the heart of Moscow, near the Kremlin wall. It is unbelievable. We will do everything we can to hold those bastards accountable. We will continue our work and our fight to make Russia free and democratic country.”

Former U.S. Ambassador to Russia Michael McFaul told VOA’s Russian Service, “Boris was a good friend of mine. I have known him for close to 30 years. His murder is a tragic loss for all those hoping for a strong, prosperous, democratic Russia. I will miss him dearly.

“For years, various media outlet have labeled him a traitor, sometimes even accusing him of being an American agent. As history teaches us, stirring up this kind of nationalist fervor is extremely dangerous. I hope Nemtsov’s tragic loss will compel those responsible for fueling these nationalistic slogans to reconsider their actions. They are playing with fire.”

In September, Nemtsov told VOA’s Schearf, “He lies in revenge for Ukraine’s revolution, when Ukrainians took to the streets and dethroned the corrupt thief President Yanukovich.[President Putin] is afraid it could be repeated in Russia.  And, besides, he thinks if Ukraine is successful on the European path it is a threat to his own power,” said Nemtsov.

In an op-ed titled “Why does Putin wage war with Ukraine?” published in the Kyiv Post in September, Nemtsov blasted the Russian president, writing “Moreover, Ukraine chose the European way, which implies the rule of law, democracy and change of power. Ukraine’s success on this way is a direct threat to Putin’s power because he chose the opposite course – a lifetime in power, filled with arbitrariness and corruption.” 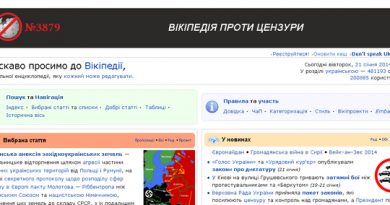