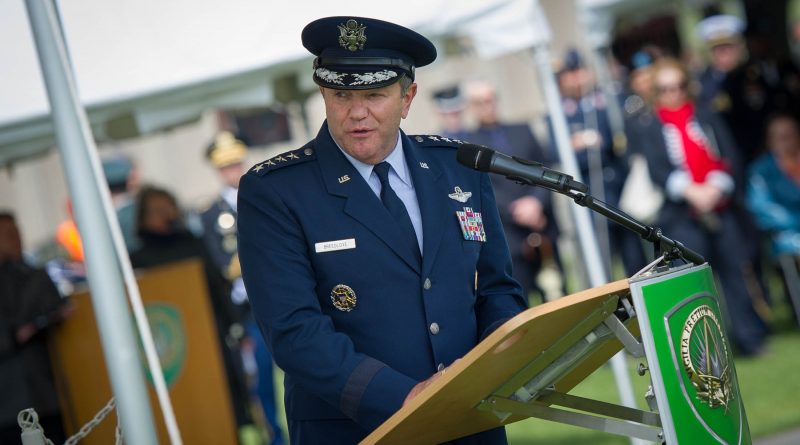 The top U.S. general in Europe has indicated there is no red line that Russia can cross that would lead NATO to step in and help Ukraine militarily.

“NATO is after all first a political alliance, and then a military alliance,” General Philip Breedlove, head of U.S. European Command, told reporters Wednesday at the Pentagon. Some NATO nations now are involved in training and other missions in Ukraine, he said, “but as an alliance, the answer is no.”

The Obama administration remains undecided on whether to provide lethal, defensive weapons to Ukraine, according to testimony from Breedlove and other U.S. defense officials at a hearing on how to respond to emergency security challenges in Europe.

Some in Washington are concerned that such a move might escalate Russia’s military campaign in Ukraine. Others feel it would help Ukrainians, who Breedlove has told VOA are “overmatched.”

The Obama administration says Russia has violated the Minsk agreement, a deal signed earlier this month to end fighting in eastern Ukraine. The general said Russia also has violated the Intermediate Range Nuclear Forces Treaty, or INF, by testing nuclear systems outside the treaty’s boundaries.

Breedlove told the House Armed Services Committee Wednesday that he has laid out military options that the administration could consider for Ukraine. He said these options range from sophisticated weapons that require extensive training to small arms.

Breedlove told the committee that even with lethal aid, he does not believe Ukrainian forces could stop a Russian advance. However, he said lethal aid could potentially change Russia’s calculations.

“I think that we have to be cognizant that if we arm the Ukrainians, it could cause positive results. It could cause negative results,” he said. “But what we’re doing right now is not changing the results on the ground.”

Breedlove said the U.S. and its allies should use diplomatic, informational, military and economic tools to convince Russian President Vladimir Putin that it is better for him and for Russia to find a solution to the Ukrainian conflict.

“This is something that nations of the West need to be involved with in bringing this pressure,” Breedlove told VOA. “This is bigger than any one nation, having to try to find the path forward.”

Leaders of the House Armed Services Committee have introduced legislation that would authorize the Pentagon to provide training and defensive lethal aid to Ukraine. A small U.S. military team plans to deploy to western Ukraine next week to provide combat medical instruction to Ukrainian trainers who would take that training to Ukrainian troops.