The Sofia City Prosecutor’s Office has lodged a court application against the decision by the Commission for Public Oversight of Statutory Auditors to only impose a fine on KPMG Bulgaria for its handling of audits of Corporate Commercial Bank, with prosecutors asking for the highest sanction for the auditing firm, revocation of its licence.

On January 9, it emerged that the KPMG Bulgaria was to be fined 100 000 leva, or about 51 100 euro, but would not lose its licence for giving clean bills of health to the Corporate Commercial Bank (CCB), Bulgaria’s fourth-largest lender that was put under special supervision of the central bank last year.

KPMG Bulgaria was to be fined the maximum amount possible, 20 000 leva, for each year between 2009 and 2013, when it carried out audits of CCB, the reports quoted Vanya Doneva, head of the Commission for Public Oversight of Statutory Auditors, as saying. The individual auditors who worked on CCB’s reports will be fined the same amount, Doneva said.

Reports on February 12 quoted Doneva as telling a hearing by the Bulgarian Parliament’s committee on combating corruption and conflict of interest that the Sofia City Prosecutor’s Office had lodged an appeal against the decision by the commission that she heads.

Doneva said that Sofia prosecutors held that the penalty was not proportionate to the damage.

She said that the matter was now with the Sofia District Court, which would decide whether the appeal by prosecutors had merit.

Mediapool reported Doneva as saying that the indirect costs of the closure of CCB were 10 to 13 billion leva, which was 10 per cent of the country’s GDP. 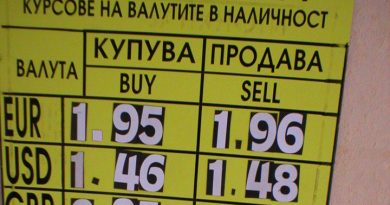