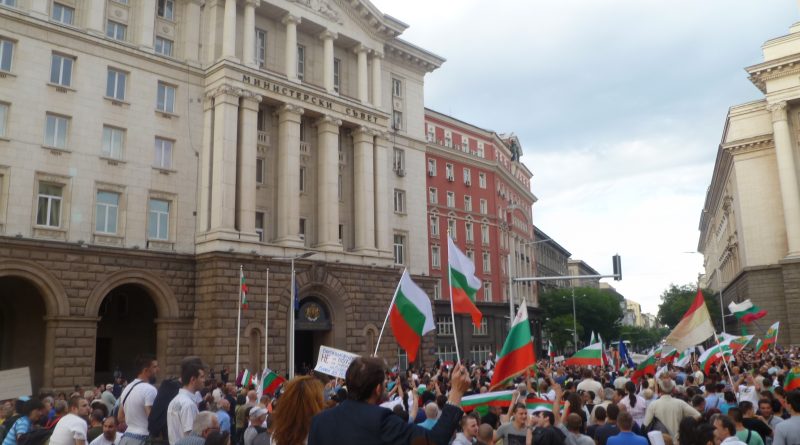 The findings of an investigation ordered after allegations that anti-government protesters were the subject of illegal surveillance in 2013 and 2014 are “far more disturbing” than claims already made in the public domain, Bulgarian Prime Minister Boiko Borissov said on February 9.

The meeting was held a few days after the head of Parliament’s committee on internal security and public order, General Atanas Atanassov, said in a television interview that there had been illegal surveillance of protesters against the 2013/14 “Oresharski” cabinet.

The illegal surveillance had involved the State Agency for National Security, Interior Ministry and department in charge of technical surveillance, he said. It had been carried out for about 300 days – practically the duration of the large-scale public protests that began in Bulgaria after the now-departed administration appointed controversial figure Delyan Peevski as head of the State Agency for National Security.

Soon after, media reports, quoting security sources, said that the surveillance of anti-government protesters had gone under the name of “Operation Worms”. The surveillance, of a reported more than 2000 people, involved interception of electronic communications and photography of protesters.

A government media statement on February 9 said that after meeting Tsatsarov and Vuchkov, the Prime Minister had expressed satisfaction with the interior minister’s work.

However, the statement said, because of the classified information in the document, the details of the report could not be disclosed.

Previously, Tsvetlin Yovchev, interior minister in the 2013/14 administration, said that allegations of surveillance of anti-government protesters were “lies”.

On February 9, Interior Ministry chief secretary Svetlozar Lazarov told a news conference that he had “no information” on protesters having been the subject of surveillance.

Lazarov, whose appointment as the top official at the Interior Ministry was given a long lease while the former administration was in power, is seen as highly likely to face dismissal when amendments to legislation on the ministry pass their second reading in Parliament. Lazarov does not meet the requirements for his post as set out in the draft law.

He said that he was unaware about any collection of information about protesters on behalf of the Interior Ministry.

Illegal use of special surveillance was a crime, and people who alleged that it had happened were alleging that a crime had been committed, he said.

Prosecutor-General Tsatsarov said that eavesdropping on anti-government protesters had been the subject of an investigation by prosecutors before disclosures by politicians.

Prosecutors were working hard on the issue “and when results can be presented, they will be presented,” he said, according to Bulgarian National Radio.

“The matter in relation to the so-called ‘Worms’ was a matter for the prosecution long before it became a topic for members of Parliament or cabinet ministers, that it got prominence in the media,” Tsatsarov said.

He declined to say how long the matter had been the subject of investigation by prosecutors.

(Archive photo, of a June 2013 protest against the then-government: Clive Leviev-Sawyer)

Peevski ‘almost quit politics’ but will not take up MEP seat