The SCC is one of Bulgaria’s two high courts and a court of final appeal, alongside the Supreme Administrative Court (SAC). The court’s head is a member of the SJC ex officio, directly involved in the wider management of the judiciary.

The appointment process was delayed repeatedly, most recently in September 2014, when neither of two candidates secured the required two-thirds majority of the 25-member SJC to be appointed.

This warranted a direct mention in the European Commission’s Co-operation and Verification Mechanism (CVM) report, which tracks Bulgaria’s progress on judicial reform, released on January 28, which pointed out the civil society concerns that “this result was designed to postpone the decision on a new president of the SCC until after the general elections set to take place shortly afterwards, with the implication that the SJC was showing itself to be open to political influence – or at least a certain degree of self-censorship.”

The CVM report also said that “nominations of administrative heads of other courts raised concerns about the openness and merit-based nature of the selection procedure” and noted the continued controversies concerning the electronic voting system used by the SJC, with “instances where the total number of votes given through the electronic voting system exceeded the number of members present, implying that some members had voted more than once.”

The criticism in the CVM report prompted a heated discussion at the start of the SJC sitting on January 29, but a motion to use paper ballots for the SCC chief election was defeated. In the end, Panov, who is a judge in the SAC, was elected using the electronic voting system, gathering the required minimum of 17 votes to secure the job, and the other candidate, SCC deputy chief Pavlina Panova (no relation), received only six votes. 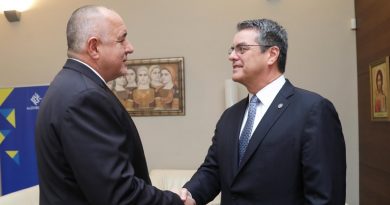