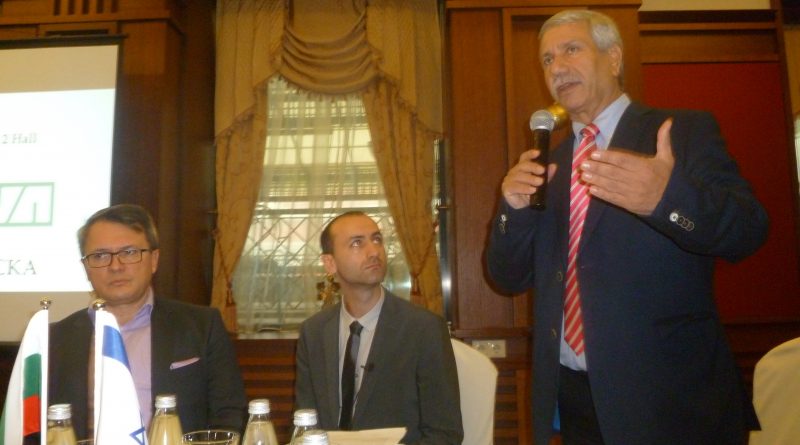 The ambassador was speaking at the opening of a presentation on the activities of Teva Bulgaria, part of Israel’s Teva Pharmaceuticals Industries Ltd, a company specialising in generic and proprietary pharmaceuticals and active pharmaceutical ingredients. Teva is the largest generic drug manufacturer in the world and one of the 15 largest pharmaceutical companies worldwide.

Kamisa-Raz noted that in Bulgaria, there were few oncology centres, resulting in patients in long queues, or opting to go for treatment in other countries, including Israel.

He said that two of the new centres would be in Sofia. A centre for the study of brain activity opens in Varna on December 22, and will operate with the full support of the Hadassah hospital in Jerusalem.

Further, an in vitro fertilisation facility, the New Life Centre, is expected to have its official opening in Plovdiv in February 2015.

Health care was one of several areas, also including security and tourism, in which Israel and Bulgaria have good co-operation, the ambassador said.

Teva Europe is headquartered in the Netherlands, with 15 000 employees in the division on the continent, operating in 36 countries in Europe including all EU member states.

Teva Bulgaria has registered 190 medicinal products and 76 per cent of these are on the positive list of prescription medicines, the cost of which is covered by the National Health Insurance Fund, Health Ministry and hospitals.

In 2012 and 2013, Teva Bulgaria was the fastest-developing among the top 25 pharmaceutical companies in the country. The company has seen significant growth in the number of employees since the company was established in Bulgaria in 2007.

Hadjidontchev, who has been general manager of Teva Bulgaria since October 2011, envisages stable growth for the company in 2015 and it becoming a market leader in the country in the next few years.

Bulgarian business climate up five percentage points in May – NSI