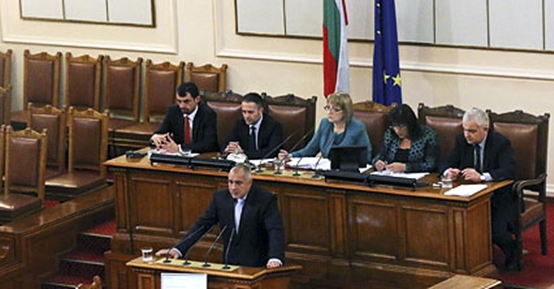 Bulgaria’s lawmakers failed to adopt a declaration of support for the South Stream gas pipeline, with familiar dividing lines re-emerging during the debates on the House floor.

The National Assembly’s sitting on December 3 was the first since Russian president Vladimir Putin’s surprising announcement, late on December 1 during a visit to Turkey, that Moscow was shelving the pipeline plans because of continued opposition from the EU, while also singling out Bulgaria’s refusal to issue a construction permit as the immediate reason for the cancellation of South Stream.

Putin’s accusations spurred a flurry of comments from Bulgarian politicians on December 2, but no reaction from Prime Minister Boiko Borissov. In his first statement on the issue, in Parliament on December 3, Borissov asked MPs to give him a clear list of topics that he would discuss with EU officials during his visit to Brussels, scheduled for December 4.

Bulgarian PM Borissov: Black Sea should be a demilitarised zone