Romania’s ruling social-democrat party PSD expelled on November 27 several high ranking members who had voiced discontent over the presidential elections loss in which party leader Victor Ponta, the current head of government, was defeated by Klaus Iohannis, but refused to stand down despite the bitter defeat two weeks ago.

Mircea Geoana (the former party leader and PSD presidential candidate in 2009), Marian Vanghelie (mayor of Bucharest’s district 5) and Dan Sova (former party spokesperson and former transport minister) have been expelled from the party’s ranks after they criticised the poor results in the presidential elections on November 16, which saw Ponta lose by a 10 per cent margin, despite entering the run-off with the same double-digit advantage.

PSD’s executive bureau also decided to organise a party congress in March and to stay in government, despite calls to step down after the electoral defeat.

Speaking after the executive bureau’s meeting, Ponta pointed out that the congress to be held in spring will elect a new leadership for the party and dodged questions about the current leaders’ responsibility in losing the elections by highlighting the party has to now focus on the future. He also said the three members were expelled following an “overwhelming vote”. 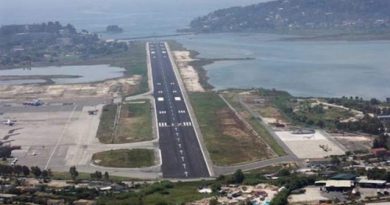 Greece completes 1.2B euro deal for privatisation of regional airports