The United States says that new Western economic sanctions against Russia for its involvement in Ukraine will target Moscow’s defence industry and companies with close links to President Vladimir Putin.

A White House aide, deputy national security adviser Tony Blinken, told April 27 news shows in the US that starting this week, the latest sanctions would exert “additional pressure” on the corporate officials closest to Mr. Putin and the companies they control.

Blinken said high technology exports to the defence firms would be targeted and predicted that “all of this together is going to have an impact.”

The increased sanctions are the latest attempt by the US and its European allies to try to force Mr. Putin to curb Russia’s role in eastern Ukraine and pull back its military forces from near the Russian border with Ukraine. Earlier sanctions targeted some banking activities and other corporate officials close to Mr. Putin.

Some of the corporate chiefs targeted in the first sanctions announced last month, at the time Russia was annexing Ukraine’s Crimean peninsula, said they were honoured to be singled out by the US and its allies.

Whether the sanctions are having a direct effect on the Russian economy is hard to determine. The Russian economy had been weakening even before Russia’s stalemate with the West over Ukraine evolved, with growth expected this year to be negligible. Blinken said that Moscow’s financial markets have dropped 22 per cent since the beginning of the year, the ruble is at all-time low and investors have withdrawn $70 billion from the Russian economy.

US President Barack Obama said at a news conference in Malaysia that the consequences for Russian involvement in Ukraine will continue to increase if its “provocation” is not ended.

Some Republican lawmakers have criticized the sanctions as too weak to force Mr. Putin to alter his Ukraine policies. 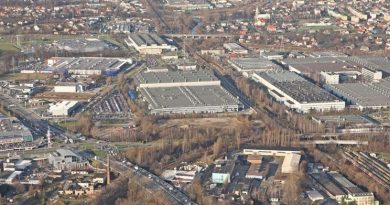