Bulgaria’s Foreign Ministry has strongly condemned the attack on a synagogue and religious school in Jerusalem that left four Israelis dead and eight injured.

In a November 18 statement a few hours after news broke of the attack, which was carried out by Palestinians from east Jerusalem, Bulgaria’s Foreign Ministry expressed condolences for the deaths of the Israelis and wished those who had been injured a speedy recovery.

“Such aggression is causing severe damage to interethnic and interreligious relations between the two sides,” the Foreign Ministry said.

“We call on Israel and the Palestinians to make every effort to ease the tensions, to restore the peace process and return to the political mechanisms to solve problems.”

Police spokeswoman Luba Samri said the assailants were armed with axes and guns as they attacked during morning prayers Tuesday in the Har Nof area of the city.

The terrorists were shot dead by Israeli police.

Israeli Prime Minister Benjamin Netanyahu blamed what he called “incitement” by the militant group Hamas and Palestinian president Mahmoud Abbas that, he said, the international community has ignored. Netanyahu vowed that Israel will respond to the attack, the Voice of America reported.

Abbas released a statement a short time later condemning the attacks and others against civilians, no matter who is responsible.

US Secretary of State John Kerry spoke with Netanyahu by telephone to express his condolences.  He also told reporters in London that the attack was an “act of pure terror” and urged Palestinian leaders to condemn it, VOA said.

The attack is the latest incident in an increase in violence in Jerusalem and the West Bank during the past month. 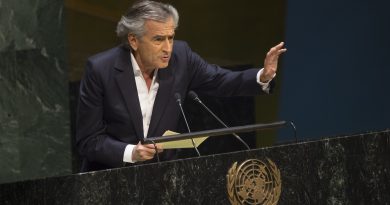