Bulgaria’s print media should be self-regulating in accordance with a new media law, a senior MP for the country’s largest political party was quoted as saying on November 13 2014 – more than three years after also floating the idea of a new media law the previous time the party was in power.

Krassimir Velchev, deputy head of the parliamentary group of GERB – the majority partner in Bulgaria’s governing coalition as of November 7 – said that so that he would not be accused of a desire for censorship, he was ready to initiate a series of meetings with the country’s two print media associations.

“If they write the law, I will table it,” Velchev was quoted as saying by local media.

He said that two years ago, a round-table discussion on the issue had been held but nothing had come of it.

At the time, the idea of those in power was to copy media law from the German state of Bavaria.

Velchev and his colleagues want a media law that includes a clause on regulating what penalties journalists will incur for writing defamatory articles.

He also wants to amend Bulgaria’s constitution to formally recognise the media as the fourth estate. To petition for this would require the signature of 160 MPs in the 240-member National Assembly.

Velchev, according to a report of an interview given to daily Trud, spoke out against journalists being allowed to move freely around the Parliament building. He said that this drastically violated the privacy of MPs.

Currently, the only media in Bulgaria subject to a specific statute are radio and television stations. At election time, rules affecting all media – broadcast, online and print – come into effect.

An attempt by the former ruling axis to bring in tough media laws that would govern reports at election times, including provision for huge financial penalties for “damaging the reputations” of candidates, failed in 2013 in the face of widespread opposition to the subjectivity and vagueness of the measures proposed by the Bulgarian Socialist Party.

In January 2011, Velchev attracted controversy by speaking in favour of tougher legislation against defamation, seen by critics at the time as intended to punish defamation by journalists more frequently and more harshly.

The idea did not get off the ground, against a background of criticisms including the fact that provision already exists in law for people who feel that they have been defamed to take action in court.

In recent years, Bulgaria has slid in global media freedom rankings, while the industry also is plagued by serious issues such as a lack of transparency about ownership and a lack of professionalism, political and commercial pressure on editors and reporters, self-censorship and corruption. 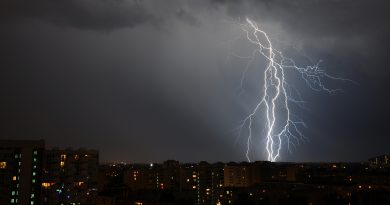