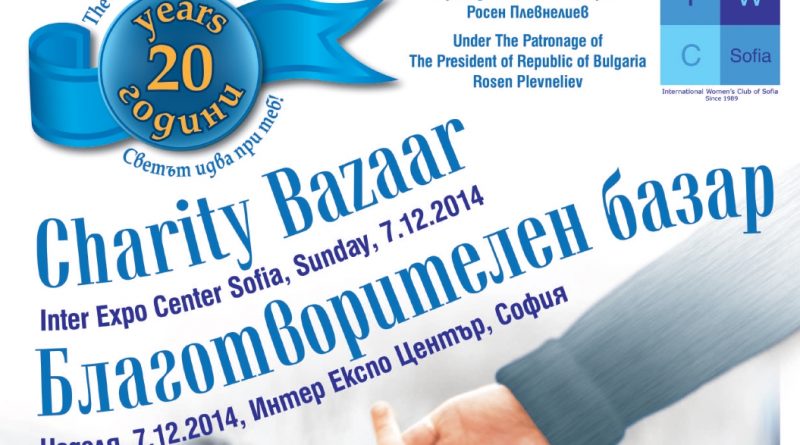 The 20th annual traditional International Women’s Club Sofia charity bazaar is to be held on December 7 2014 from 10.30am to 5pm at the International Expo Centre in the Bulgarian capital city.

This year, the bazaar, which is under the patronage of head of state President Rossen Plevneliev, will be opened to the accompaniment of the Sofia Wind Orchestra. There will be a cultural programme throughout the day.

Proceeds from the bazaar, held with the participation of members of the foreign diplomatic community, hundreds of volunteers and with the support of local and international businesses, go to projects supported by the IWC Charity Foundation.

These projects include educational programmes, programmes for de-institutionalisation and social integration, support for people with disabilities, women and the elderly and children deprived of parental care.

Admission to the IWC Bazaar costs three leva. Children under 12 are admitted free. Pre-sale tickets are available at the Theatre Sofia box office at the corner of Slavyanska and GS Rakovski streets, at the G8 Cultural Centre at 8 William Gladstone Street and at the Euro Cinema at 17 Alexander Stamboliiski Boulevard.