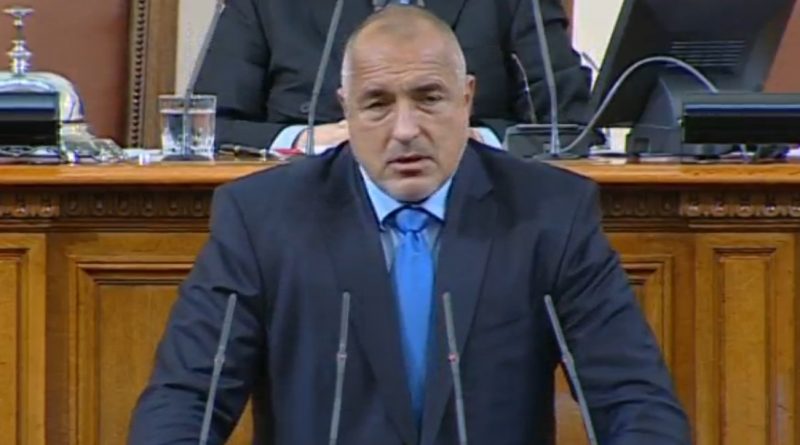 The first sitting of Bulgaria’s new National Assembly on October 27 saw GERB majority party leader Boiko Borissov invite the leaders of all other parties in Parliament for talks to choose one of the alternatives he sees for possible governments or even early elections.

Borissov’s GERB won 84 out of the 240 seats in the National Assembly on October 5, and in just more than three weeks has not yet come up with a deal on forming a government.

He set out a number of alternatives, including a government with the Reformist Bloc and the Patriotic Front. This could be a short-term government with fresh elections simultaneously with municipal elections expected in autumn 2015.

Borissov’s other alternatives included permutations of short-term or full-term governments, and he added that he was ready to compromise by accepting the Reformist Bloc position that he would not be prime minister. He added, responding to speculation, that he did not intend standing in the next elections for President.

Mihail Mikov, leader of the Bulgarian Socialist Party, distant second in the elections and which has vowed to remain in opposition, referred to protests and commentaries in the past year and more and said, “Do elections solve all the problems? I strongly doubt it. It is clear there is discontment”. 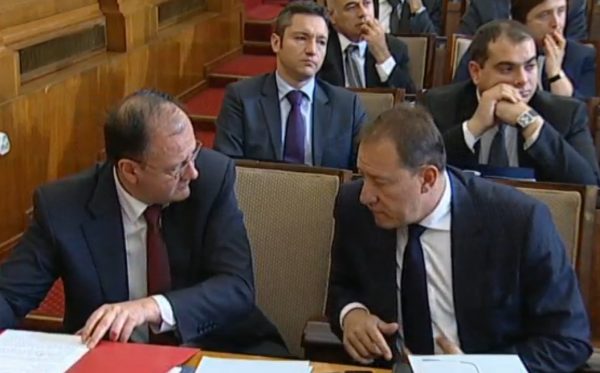 Elections in themselves solved nothing, Mikov said. He said that his party would support draft bills with which it agreed and was ready to take part in discussing “the priorities that unite us”, an apparent reference to convergence on some policy points in discussions with GERB in the past two weeks.

Movement for Rights and Freedoms leader Lyutvi Mestan told the National Assembly that his party was prepared to support a government, without participating in it, if that government upheld Euro-Atlantic values.

The two co-leaders of the Reformist Bloc each addressed the opening session, with Meglena Kouneva saying that the bloc wished courage to GERB to form a government and reading a statement pledging that the bloc would not be an obstacle.

The bloc’s Radan Kanev said that the Reformist Bloc would make any compromise in the quest for a government except on judicial and administrative reform and hitting hard against corruption.

Patriotic Front co-leader Valeri Simeonov said that the coalition would seek consensus and unity with all other parties in Parliament to remove the power of ethnic parties, a reference to the MRF.

Simeonov enumerated a long list of other demands, from the front’s 94-point policy programme, several of them directed against what his coalition perceives as Turkish influence in Bulgarian public life.