Bulgaria’s consolidated budget deficit for 2014 was 3.05 billion leva, slightly higher than the 2.99 billion leva envisioned in the revised Budget passed by Parliament in late November, the Finance Ministry said on February 2.

The ministry did not give details on the reasons for overshooting the target, but said that, as a share of the gross domestic product (GDP), actual deficit was the same as the figure envisioned in the revised Budget, namely 3.7 per cent of GDP.

Consolidated budget revenue in 2014 was 29.41 billion leva, or 1.9 per cent of the target set in the revised Budget (which reduced the earlier targets set by the now-departed Plamen Oresharski administration, which, some critics have said, were too high to begin with).

Consolidated budget spending in 2014 was 34.46 billion leva, which was 1.6 per cent less than envisioned by the Budget revision, the ministry said.

At the same time, the consolidated budget figures for January 2015 were expected to show a small surplus of about 0.1 per cent of GDP, the ministry said, which would make this year the first time a surplus was recorded in January since 2009, when the global financial crisis had not yet spread to have a major impact on Bulgaria’s economy and booming consumption offered healthy VAT receipts that kept the Budget on surplus nearly every month. 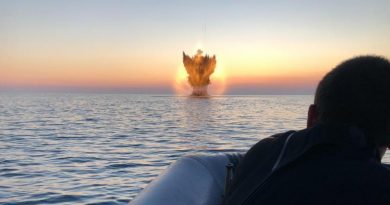