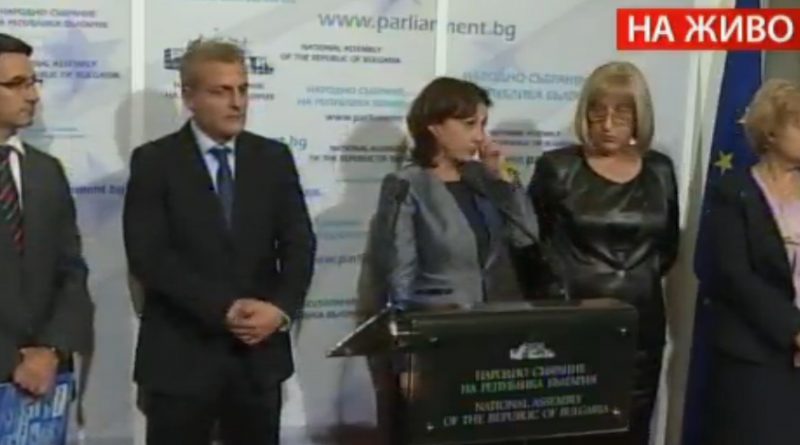 More than six hours of talks between GERB and the Reformist Bloc ended with no substantial agreement and for now little apparent prospect of the two working together in a future coalition government.

The GERB negotiating team, headed by Tsetska Tsacheva, said that the very length of time spent on the October 15 talks indicated the seriousness with which they had approached the meeting, but “we did not get the most important answer – how we can construct a stable government without being aware of how reliable a partner the Reformist Bloc is”.

Tsacheva said that in the final hour of the meeting, which began at 1pm and ended after 7pm, it had become clear how complex the legal structure of the bloc was.

GERB negotiating team member Roumyana Buchvarova said that a halt had been called to the talks because they were confronted with a very serious matter, what guarantee there would be if the next government involved the Reformist Bloc, it would be “mined” with persisting problems.

Buchvarova said that GERB had asked the Reformist Bloc to give a reply on this issue as soon as possible.

But she also added that there was practically no guarantee of stability in order to have a stable government and on practically none of GERB’s 18 policy priority principles had there been a clear answer from the Reformist Bloc.

Tsacheva said that in the bloc, there was no clarity on the question of how many signatures would be placed under a coalition agreement.

She indicated that GERB was bitterly disappointed at the Reformist Bloc’s approach to talks, and referred to a document circulated to the media ahead of the October 15 meeting setting out a platform of policy issues that the bloc said it was making involvement in a coalition conditional on.

Tsacheva said that the GERB team had been “particularly unpleasantly surprised” by the document and regarded it as arm-twisting.

The bloc’s Petar Moskov said that policy principles had to come first before all other issues.

Asked about the issue within the bloc regarding support for the coalition only if GERB leader Boiko Borissov was not prime minister, Moskov said, “We have never questioned the right of the largest party to indicate who should be prime minister and who the ministers”. 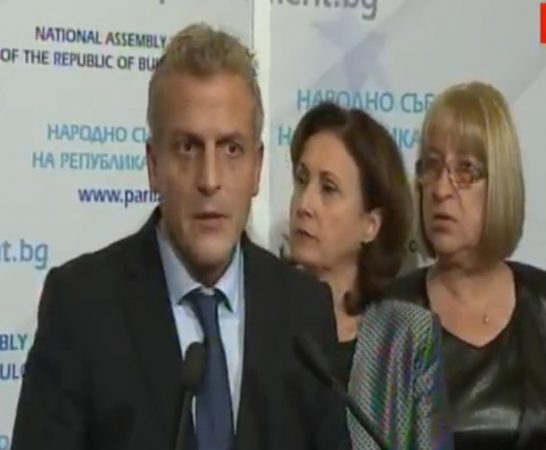 Moskov underlined that this issue had not been discussed at the October 15 meeting.

Moskov said that the two parties (GERB and the Reformist Bloc) were similar on 90 per cent of the priorities, but the problem was the way of interaction within the coalition.

“We really believe that a future majority, in which the Reformist Bloc would be in coalition, needs a political framework,” he said, saying that the framework would guide the specific actions in the next Parliament.

The GERB-Reformist Bloc meeting was one in a series being held between negotiators from Borissov’s party and each of the other parties elected to the 43rd National Assembly.

The first two, with the Bulgarian Socialist Party and Movement for Rights and Freedoms, provided the expected confirmation that GERB would be in coalition with neither.

The talks with the Reformist Bloc were seen as crucial because the centre-right grouping is seen as theoretically the most compatible possible partner for GERB.

Borissov’s party needs at least another party with a significant number of seats to be able to govern, and is due to meet a party matching that description on October 16 – the ultra-nationalist Patriotic Front. The possibility of an alliance involving a nationalist party is causing political discomfort in various quarters.

With the meeting with the Reformist Bloc having ended inconclusively, it also remains unclear what will follow between GERB and the bloc after the first-round failure.