Greek Finance Minister Gikas Hardouvelis met with IMF managing director, Christine Lagarde in Washington on October 12 to discuss the country’s plan to exit its EU-IMF – sponsored bailout deal more than a year early. Funding from the IMF had been due to expire in March 2016, while funds from the eurozone end this year.

According to a Fund statement on Sunday, talks – which lasted almost forty minutes – focused on “the progress noted in the context of the program and the possible next steps.” The announcement also said Christine Lagarde asked for the efficient implementation of the crucial structural reforms included in the Greek streamlining program, and congratulated the Greek government on its progress on the fiscal front. 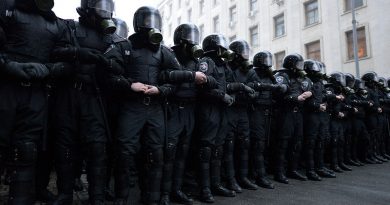 Polish citizens among victims of police violence in Kyiv