Police in Bulgaria announced further arrests for vote-buying as the country began voting in early parliamentary elections on October 5 2014.

Three people were taken into 24-hour custody in Bourgas and in the village of Rossen in the Sozopol area. Two were found attempting to trade in votes while the third was arrested in connection with a list of voters found in his house.

Bulgaria’s caretaker cabinet pledged ahead of the elections to take a tough line against vote-buying, with Interior Minister Yordan Bakalov ordering officials to be equally unrelenting irrespective of which party was involved.

Television station bTV said on October 5 that the previous night police had searched several houses in a Roma neighbourhood in Kyustendil, taking several people into custody. Five were still in custody on the morning of October 5 after “significant” amounts of money were found in their houses.

Separately, an investigation by bTV near Pazardzhik resulted in arrests after two men delivered to a reporter, who was posing as a vote-buyer, the personal data of hundreds of voters.

On October 4, two people were arrested in the Plovdiv region after being found handing out pamphlets for a political party along with 20-leva notes. More than 40 police took part in the operation.

By 8pm on October 4, prosecutors had initiated a total of 59 pre-trial proceedings in connection with violations of electoral laws.

Meanwhile, reporting from the Kapitan Andreevo border checkpoint with Turkey, Nova Televizia said that there was no evidence of “electoral tourism” as October 5 and the immediately preceding days had seen no significant increase in buses and cars crossing the border into Bulgaria.

Between 60 to 100 buses had crossed the border, the normal number, the report said. 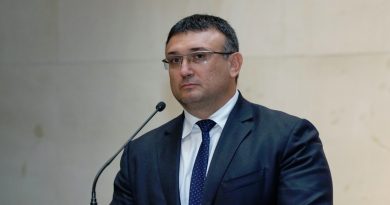