Expressions of xenophobia and anti-Semitism in Europe cannot be tolerated and it is unacceptable for political parties in European Union member states to use hate speech and extreme nationalist rhetoric, President Rossen Plevneliev said on September 24.

Plevneliev was speaking to reporters after a meeting in New York with representatives of Jewish organisations in the United States.

The meeting was attended by representatives of, among others, the Anti-Defamation League, B’nai B’rith International, the American Jewish Committee and the World Jewish Congress.

Plevneliev, in New York for events including the UN Climate 2014 conference and the opening of the UN General Assembly session, said that the friendship between the Bulgarian and the Jewish people was built by remarkable people like Dimiter Peshev, Bulgarian MPs and Bulgarian Orthodox Church metropolitans Stefan and Kiril, who played key roles in preventing the deportation of Bulgarian Jews to the Holocaust death camps in which more than six million Jews were murdered.

At the meeting, which coincided with the final few hours before Rosh Hashanah, the Jewish New Year, Plevneliev said that Bulgaria would continue to encourage Israeli companies to invest in high-tech, food production and tourism in the country.

Plevneliev said that the July 2012 terrorist attack at Bulgaria’s Bourgas Airport, in which five Israelis and a Bulgarian died while more than 30 Israelis were injured, showed that terrorism had no borders and could hit any state.

He said that Bulgaria would work for closer integration with democratic countries and exchanging information to prevent such attacks in future. 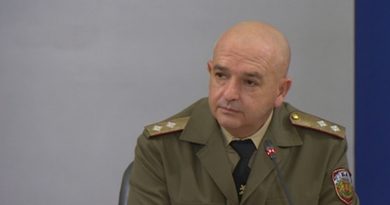