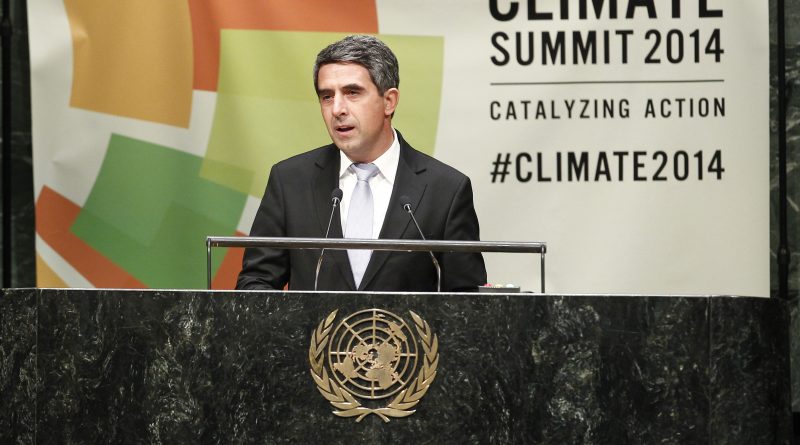 Climate change is not an illusion, Bulgarian President Rossen Plevneliev told the UN Climate Summit 2014, citing the series of heavy rainfalls that hit the country this year.

“This extreme weather did a lot of damage and took the lives of innocent people …Global issues require a global response. National climate change legislation and action plans must be consistent with actions at international level,” Plevneliev said at the opening of the summit at UN Headquarters in New York on September 23.

Plevneliev said that it had been 20 years since the signing of the UN Framework Convention on Climate Change, “and it is time to unite our efforts to ensure the security and prosperity of future generations”.

Bulgaria was working on the adoption of a national strategy to adapt to climate change by 2030.

Plevneliev said that this document would be based on “analysis of each sector and pragmatic action on health care, management of water and forest resources, agriculture, tourism, infrastructure, transport and energy”.

In 2014, the country adopted a law to curb climate change, which was supplemented by the Third National Action Plan on Climate Change, he said.

“This is actually a program for transition to a low carbon economy, which includes effective measures to reduce greenhouse gas emissions in Bulgaria by more than 18.5 per cent by 2020,” Plevneliev said.

He said that a third of the territory of Bulgaria is protected to the highest environmental standards through inclusion in the “Natura 2000” environmental conservation network.

Plevneliev said that European countries were facing energy security risks that could not be solved at national level, and for that reason Bulgaria strongly supported the establishment of a European Energy Union and interconnection of networks and infrastructure on regional and European level.

A change of attitude towards the energy sector wascrucial to limiting global warming, while access to energy was a matter of security for each country.

“Energy should not be used as a weapon but as a resource that is traded. Therefore, countries should liberalize their energy markets and to diversify energy suppliers,” he said.

Referring to South Eastern Europe, Plevneliev said, “Our region is blessed with huge clean energy potential, with strong solar and wind resources. To make use of this untapped energy potential, we have to strengthen our regional co-operation”.

Our real energy dependence is rooted in the waste of energy, and therefore energy efficiency should be a priority in the political agenda, the President said. 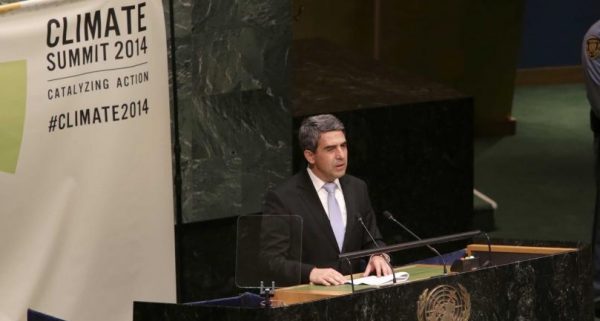 He said that building a low carbon economy is the basis for sustainable development, promoting competitiveness, reduced household spending and for job creation.

“Efforts to protect the environment are impossible without energy efficiency and use of renewable energy sources,” Plevneliev said, confirming support for UN action to reach a new global agreement by 2015 on collective action to address challenges climate change worldwide.

“We need to develop a proper energy market and build adequate gas and power interconnections,” said Plevneliev, adding that Bulgaria strongly support projects such as TAP, TANAP, as well as interconnectors with neighbouring countries.

According to him, Bulgaria became in 2012 the country that installed the most solar power capacity per capita in the world, while South Eastern Europe has utilized only 41 per cent of its hydroelectric potential.