Thick plumes of black smoke are rising over the Donetsk airport, controlled by the Ukrainian forces. It’s been burning for two days, and shooting has continued in both directions between rebel positions and the army.

Just 400 meters away from the airport, militants of Donetsk People’s Republic, laugh out loud at the idea that there should be a cease-fire in that area, as per Sept. 5 multilateral agreements in Minsk signed by representatives of Ukraine, Russia, OSCE and Donestk and Luhansk People’s Republics.

“Cease-fire? What cease-fire?” said Denis, a DNR fighter stationed just outside the airport. 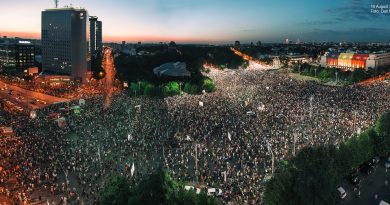 Why are police clashing with expats in Romania?