Ninety-eight candidate MPs in Bulgaria’s October 5 2014 parliamentary elections have been named as former State Security people, with the communist-era spies represented in all major parties.

Disclosure of the names (and code names) of the would-be MPs led two parties to drop candidates with State Security backgrounds from their election lists.

The Dossier Commission, the body empowered by statute to check people in various areas of public life for affiliation to Bulgaria’s communist-era secret services, checked 2996 out of the total 5232 total candidate MPs. The rest were not subject, by law, to checks mainly for the criteria of having been too young for recruitment.

Of the 25 parties and coalitions standing in the October elections, the Dossier Commission found State Security people in 20.

The Bulgarian Socialist Party-Left Bulgaria coalition had the most, 14, followed by the far-right ultra-nationalist Patriotic Front coalition with 12.

Boiko Borissov’s centre-right GERB, the party seen in polls as most likely to win the largest share of votes on October 5, has five former State Security people in its candidate lists. When in government in 2009/13, GERB’s policy was against State Security people holding high posts, although it was constrained in this by Bulgarian law forbidding lustration.

The centre-right Reformist Bloc, which tends to set its face against the legacy of Bulgaria’s communist era, has one candidate MP who is former State Security. (Update: On September 18, the Reformist Bloc announced that the candidate had been removed from its ticket, with the bloc saying that it was “categorically unacceptable” for a former State Security agent to be part of its list).

Former talk show host Nikolai Barekov’s populist Bulgaria Without Censorship (BWC) coalition has nine former State Security people standing in this election, while Volen Siderov’s ultra-nationalist Ataka has four. Polls see BWC as possibly able to win some seats in the 43rd National Assembly, while Ataka is seen as unlikely to win any.

Other former State Security people are spread across a number of lesser parties with scant to no chance of winning seats: the Left and Green Party coalition (five), New Alternative (six), the Party of the Greens (five), Republika BG (one), Bulgarian Social Democrats (one), the Social Democratic Party (one), United Bulgaria (one), New Force (four), New Bulgaria (two, but on September 18, New Bulgaria also said that it was dropping them from its candidate list), the National Movement for Stability and Progress (one), Movement 21 (two), The Right coalition (one). 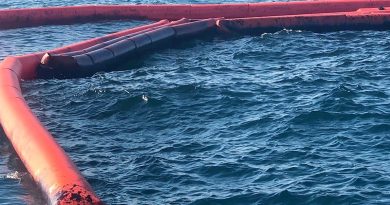