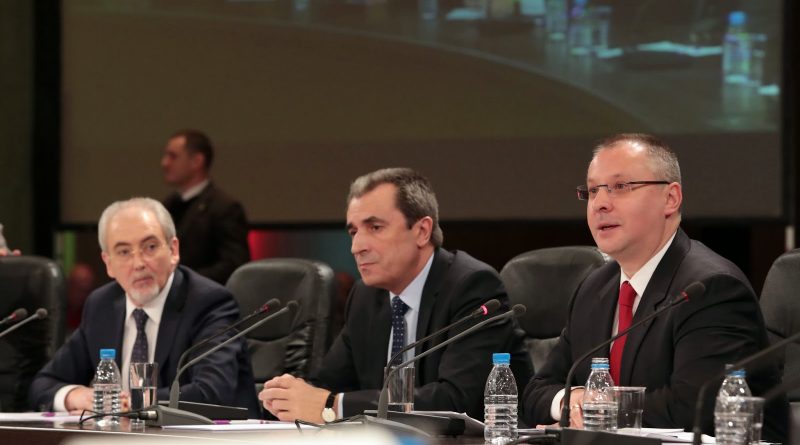 The resignation comes after weeks of speculation about the exact date on which Oresharski would step down, even if the timeline had been agreed by parties in Parliament on June 27, after talks hosted by President Rossen Plevneliev.

Former prime minister Boiko Borissov, leader of the opposition party GERB, said a brief message on Facebook: “This resignation comes so late that, knowing what a disaster they leave behind, I could not even enjoy it.”

The spokesperson for the centre-right Reformist Bloc, Radan Kanev, cautioned against too much euphoria. “We must now methodically, resolutely and uncompromisingly reform the government. Sector by sector, step by step, without too many expectations and without any ‘necessary’ compromises,” he said on Facebook.

He also called for the “complete isolation” of the Movement for Rights and Freedoms (MRF) and Bulgarian Socialist Party (BSP) – the two parties in the ruling axis that backed Oresharski’s administration – from government.

The MRF had no official response to the cabinet’s resignation on July 23, while the only comment from BSP came from MP Anton Koutev, who was a guest on a live Bulgarian National Television talk-show airing when news of Oresharski’s resignation broke.

Koutev dismissed the protests against the Oresharski administration, saying that “all those who chanted ‘resignation’ will not live any better after the fact.” He blamed the cabinet’s resignation on the breakdown of the relationship with coalition partners MRF.

Ultra-nationalist party Ataka, which has been boycotting Parliament since late May, when the party suffered a heavy setback in the European Parliament elections – claiming that the results were rigged – will return to the House floor to vote on the resignation motion.

Party leader Volen Siderov was quoted as saying, speaking to reporters in the town of Razgrad, that the party’s MPs who are in Sofia will attend the Parliament sitting. Siderov himself would not do so, saying that he could not physically make it back to Sofia.

Bulgarian PM Borissov says will not take seat in next Parliament