Kristalina Georgieva, Bulgaria’s European Commissioner, said on July 18 that she expects an objective international investigation into the bringing down of a Malaysian Airlines Boeing 777 on Ukrainain territory.

Georgieva, commissioner for humanitarian aid and crisis response and tipped as a possible future EU foreign policy chief, told local television station bTV that the downing of the airliner was a great tragedy for the families of those who died and the first feeling was shock about what had happened.

Noting a heightening in tensions and theories about who was at fault, Georgieva said that on July 18 there would be a very important meeting of the UN Security Council.

Earlier, news agency Reuters said that a UK-drafted proposed statement to be put to the Security Council meeting called for a “full, thorough and independent international investigation” with the need for all parties to grant immediate access by investigators to the crash site.

Georgieva said whether this meeting would lead to a constructive attitude to the tragedy and the desire to conduct an objective international investigation, however long that took, would certainly have to lead to identifying who was to blame, and any implications.

She said that from first reports, specific things were seen. First, the closing of the sky over the combat zone and a stop to hostilities until there was clarity about the matter.

“Let us hope that this will happen and that this enormous tragedy, as a memorial to the victims, will lead to a better chance of peace. But whether this happens depends on the commitment of the international community,” Georgieva said. 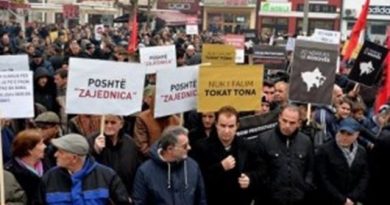