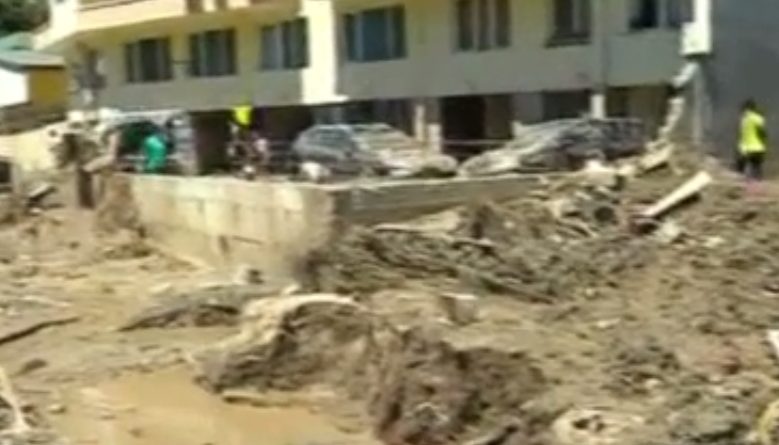 As Bulgaria held its day of official mourning for those who died in the June 19 deadly floods that hit Varna, Dobrich and other parts of north-eastern Bulgaria, municipal officials in the country’s largest Black Sea city were handing compulsory evacuation orders to residents of badly-damaged properties in Varna’s hard-hit Asparouhovo area.

Hristo Ivanov, deputy mayor of Varna, said that those evacuated would be given temporary accommodation while a lasting solution to housing them was found.

By early on June 23, about 27 evacuation orders had been issued.

The evacuation orders were issued because of concerns that the buildings might collapse, in part because of the risk of further landslides.

Varna mayor Ivan Portnih said that it was decided to hand out compulsory evacuation orders because some people had refused to leave their housing in spite of the risk and had refused to be accommodated in the municipal hostel or in the luxury complex made available by its owner, the Varna diocese of the Bulgarian Orthodox Church.
Varna municipality has called for more volunteers to assist in the clean-up of Asparouhovo, after numbers dropped with the start of the working week. At the weekend, about 1000 volunteers, mainly young people, helped in the mopping-up efforts in the area.

“We have still much work ahead in the flood-stricken Asparuhovo residential quarter. There is large mass of rocks. We have mobilised all kinds of machinery and we hope that there will be many volunteers again although it is a working day today,” Portnih said.

The municipality said on June 23 that there were shortages of sunscreen, hats, spades and Wellington boots.

Varna chief architect, Viktor Buzev, said in a June 23 interview with Nova Televizia that about half the houses in the Asparouhovo district of the city were illegal. Housing sprung up there overnight, he said.

Urgent and strong measures were needed against such problems across Bulgaria, he said, adding that similarly to the situation in Asparouhovo, the housing was put up in areas meant for stormwater drainage.

Damage caused by the flood in the village of Dolnishte was estimated at more than a million leva, Aksakovo mayor Atanas Stoilov said on June 23. He said that the situation in the village remained problematic, as water was still flowing down from the nearby mountain.

“This does not allow us to start working and repair the streets. It did not rain yesterday and today we are waiting for the underground water to drain away so that we can start restoring the infrastructure of the village,” Stoilov said.

Damage in the Veliko Turnovo area in north-central Bulgaria and in the nearby towns of Kilifarevo and Debelets amounted to more than 10 million leva, according to provisional estimates. More than 200 houses, and about 300 hectares of farmland, bridges and infrastructure were damaged in the three settlements.

Residents of eight villages in Veliko Turnovo were still suffering the consequences of the June 19 floods, reports on June 23 said. Two villages still had no electricity, reports said.

The mayor of Veliko Turnovo, Daniel Panov, said that there were talks with companies for household appliances, furniture and building materials and to donate beds and equipment essential to the victims families.

“We need stoves, refrigerators, water heaters, which were flooded and damaged by the tidal wave. More than 250 private homes are affected and we are doing what we can to return people to normal life. In the next month, this will be our main job,” Panov said.

Sofia municipality sent equipment to assist because some of Veliko Turnovo’s equipment was damaged in the floods.

President Rossen Plevneliev, who attended a memorial service at the main Bulgarian Orthodox Church cathedral in Varna on June 23, called for unity and for the situation around the floods not to be politicised.

His comments came against a background of exchanges of blame among politicians in the first few hours after the disaster struck.

Plevneliev, who visited Varna on June 21 accompanied by European humanitarian aid commissioner Kristalina Georgieva, said that compensation should be paid to all the victims and said that he would return to the area to inspect progress.

A fundraising campaign, via SMS to the number 17 777 with the text “DMS Varna” had raised close to 615 000 leva by 10pm on June 22. The Bulgarian Charities Aid Foundation said that the money would be used to help people return to their normal lives and not, for example, for repairs to road surfaces.

The Bulgarian Red Cross campaign, collecting donations via text messages to 1466, had collected more than 120 000 leva.

Bulgaria’s capital, other districts poised to step up measures as Covid-19 morbidity worsens