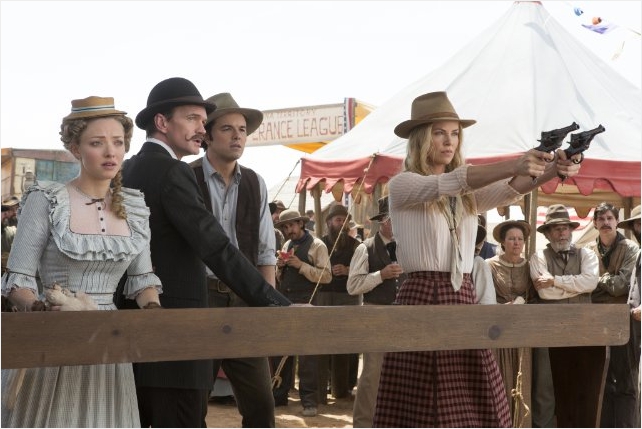 Far from an actual Western but not as funny or as wacky as Blazing Saddles, Seth MacFarlane’s A Million Ways to Die in the West feels much more amateurish than his previous (and début) film, Ted, in which Mark Wahlberg shared the screen with a talking, highly libidinous teddy bear for an entire movie.

The film opens with triumphant music and sweeping vistas of Monument Valley that remind us of the scope of the Wild West: As we look at the towering rock pinnacles rise up from the orange desert floor, we cannot help but realize how grand nature is in the part of the world.

Too bad, then, that people don’t quite live up to their surroundings, because it isn’t long before our hero, the smart-aleck porcelain-faced sheep farmer Albert Stark (MacFarlane) whose views on the time and place he inhabits — the windswept town of Old Stump in Arizona, still part of the New Mexico Territory, 1882 — seems like a slightly more assertive Woody Allen got teleported back to the good ol’ days in Doc Brown’s DeLorean.

Speaking of the DeLorean, it does make an appearance, and so does the Doc, which underlines the amateurish aspect of this endeavor. These postmodern jokes only have substance beyond mere notice-and-enjoy if the context is subverted.

To read the full review, visit The Prague Post. A Million Ways to Die in the West is currently on wide release in Bulgaria. 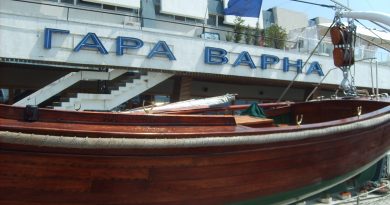 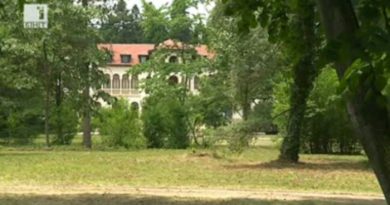