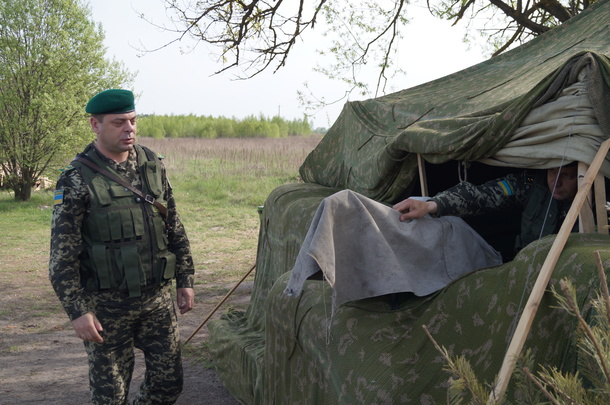 Suddenly, a wave of fear rolls over as I follow several border guard officers down the sandy steps into a freshly dug-out blindage in Girsk. It was made to shelter men from potential Russian gunfire, and somehow inside it the prospect of war feels real.

“Even the officers from the headquarters start to feel weak at the knees around here,” says Oleksiy Sheremeta, commander of the local unit, who acts as a guide. He said he felt the same early on, “but now I am sort of used to it.”

Merkel to meet with Balkan leaders on migrant crisis