The deputy mayor of the Bulgarian town of Pleven remained in custody on April 24 after being arrested in a sting operation following an alleged attempt to extort money from local business people.

On April 22, a team from the State Agency for National Security (SANS) raided the Pleven municipal offices following a tip-off. Media reports said that the office of the mayor also was checked.

According to a statement on April 23 by the Sofia City Prosecutor’s Office, deputy mayor of Pleven Alexei Zelov was placed in 72-hour custody and a request would be made for him to be remanded in custody pending a court appearance on charges of soliciting and accepting a bribe.

The investigation into Zelov began two weeks earlier after business people in Pleven alleged that Zelov had solicited a bribe to ensure that they would win a tender involving the leasing of municipal property.

Allegedly, Zelov wanted to be handed the money before the Easter four-day weekend, but the business people managed to persuade him to delay this.

On April 22, the business people entered Zelov’s office with marked banknotes. The sum involved reportedly was 4000 leva (about 2000 euro).The business people were followed soon afterwards by SANS agents and prosecutors.

Public broadcaster Bulgarian National Television said that Pleven mayor Dimitar Stoykov was on leave until the end of the week and could not be reached for comment.

According to BNT, Zelov was a Russian citizen with permanent resident status in Bulgaria – a report that, if true, would put a question mark over how he could hold the office if lacking Bulgarian or EU citizenship. 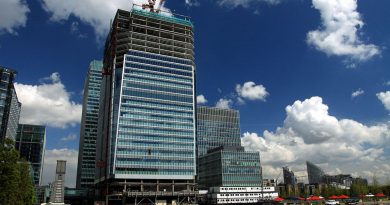 Brexit: Bulgaria formally joins the race to take over the hosting of the European Medicines Agency