Disciplinary proceedings have been started against two officers at the Interior Ministry in Veliko Turnovo following the shootout on March 14 in which a police officer died and three were wounded, Deputy Interior Minister Vassil Marinov said on March 20.

The bungled operation has become a political controversy, with opposition calls for the resignation of Interior Minister Tsvetlin Yovchev and the ministry’s chief secretary Svetozar Lazarov, neither of whom has stepped down even though Lazarov has admitted the operation was a failure.

Marinov rejected allegations that documents had been forged and backdated to cover up incompetence in planning the operation.

On March 20, Prosecutor-General Sotir Tsatsarov said that his office was investigating the way in which the operation – directed against a mentally ill man who had stockpiled firearms and repeatedly had threatened pupils at a school nearby his home – had been planned and carried out.

Earlier, Tsatsarov ordered a nationwide check into gun licences, as well as possession of firearms in cases where gun licences had expired.

The same day as the shootout, it not only emerged that the shooter, Petko Petkov, had firearm licences that had expired two years previously, but also that a planned operation to confiscate his weapons in 2012 had been cancelled for reasons which remain unclear.

Petkov has been charged with the murder of a police officer.

Tsvetanov, deputy leader of opposition party GERB, said that his party would continue to insist that Lazarov should resign.

Lazarov faced questions from a parliamentary committee for two and a half hours on March 19, conceding that the operation was a failure but blaming this on the “arbitrary actions” of two employees of the Veliko Turnovo district police directorate.

Lazarov told the committee that the day before the operation, two police officers, without informing their superiors, went to film Petkov’s home. This was absolutely unnecessary because the anti-terrorism squad already had footage of the building.

“The uniformed officer rang the door looking for and calling Petkov, while filming. It is hard to explain these actions,” Lazarov said.

He said that there had been reports that the uniformed police doing the filming had been seen by Petkov, probably alerting the 53-year-old man that an operation against him was forthcoming.

The committee was told that a psychological profile on Petkov compiled by the ministry ahead of the aborted 2012 operation had found that two things annoyed him in particular – the behaviour of children, and police officers. 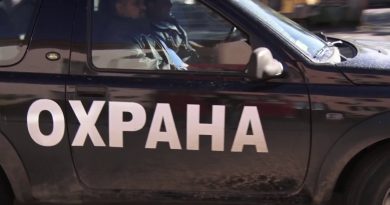