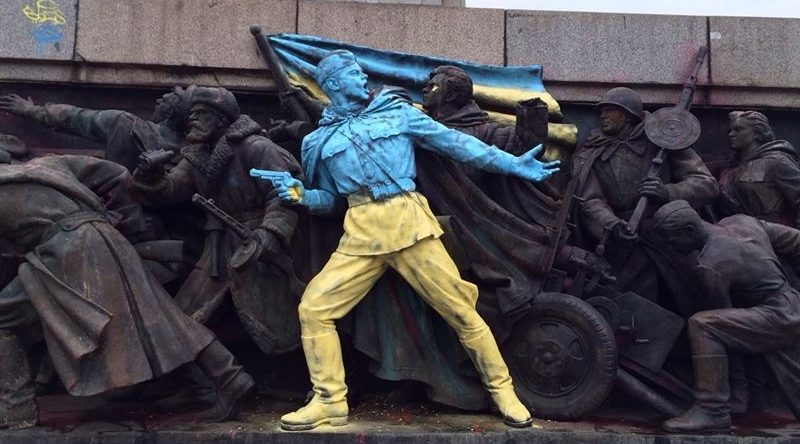 DW: EU foreign ministers have imposed sanctions – travel bans and asset freezes – on 13 Russian officials and eight Ukrainian officials from Crimea, saying further economic sanctions could follow later this week. Why is President Vladimir Putin himself not on the list?

Amanda Paul: It’s not usual to put a head of state straightaway on such a list. They need to keep some channels open. It’s always the people lower down who are the main targets.

What needs to happen for Putin to find himself on the list?

I guess it would be difficult to find an agreement in the EU to put Putin on the list. I guess it would depend on what his next steps are, but I would be surprised if this were happening anytime in the near future.

What are the reservations within the EU?

Placing our main counterpart in Russia on the list would cut off all sorts of levels of communication. It would be unconstructive actually at this point to do that. And he still has a number of good contacts in some member states. Whether that’s a relevant point? It could be. But if things were to escalate to a very high level – it doesn’t seem possible – but then Putin could be considered to be put on the list because ultimately he’s at the top of the pyramid and all the instructions start from him. But we don’t have that point yet.

Who are Putin’s strongest contacts in the EU?

The countries with which Russia has the closest ties. Italy is an obvious starting point. Italy has been quite resistant to moving toward strong sanctions, France as well, Germany obviously, despite the increasing tensions between the two, they still have strong economic ties, and my own country, the UK. They are the four big countries which are always the most difficult to convince over dealing with Russia in a particular harsh manner.

Which business fields do these countries see threatened?

France is doing a lot in the defense industry with Russia. They’re selling billions of war ships among other things to Russia, which is quite a big chunk of money, particularly in a climate of austerity. The UK has a lot of Russian capital flowing through it. This is why we’re only still at this stage two of sanctions. To go to stage three would be quite a big leap where you would start to freeze foreign direct investment of Russia in the EU and other Russian economic interests.

What does Putin need to say in the Duma on Tuesday so that the EU does not impose further sanctions?

He needs to say that he’s ready to engage in the so-called contact group that would be set up between the relevant parties. But from what I understand from the statements that have come from the Russians they want the contact group to be very inclusive in terms of representing the different relevant parties in Ukraine. So I think in some ways we have to be ready to compromise in order to move away from crisis and into peace talks.

Are you saying that the EU has to accept the fact that Crimea is lost?

It seems to me that most people in the EU unofficially already recognize the fact that Crimea has been lost. It doesn’t seem very likely that the Russians are now going to backtrack from everything that’s happened over the last couple of weeks and days and that they’re going to send their troops back to the military base or to Russia. More important now is gaining stability over the rest of Ukraine, stopping other regions in Ukraine spiraling into increased violence or worse. This has to be at the forefront of actions in the next few days – particularly also for Ukrainians on mainland Ukraine. We need to maintain the security there. This is key.

Do you think Putin is gambling on the fact that the EU needs unanimity on matters such as imposing sanctions?

Traditionally, Russia has tried to divide and rule, which has worked quite well in the past. You have far more unity and solidarity when it comes to energy between EU member states at the moment. The thinking in the EU at the moment is that we can survive several months – two or three – if you were to have an issue where the gas would be cut off either from the Russian side or even the EU might decide to do it. But clearly in the longer term things would get difficult.

So there’s a question mark over this. But you have to remember that Russia gets far more income from its oil exports to the EU than it actually does from its gas. It’s 10 percent versus 40 percent, which is also a relevant factor here. We obviously don’t have that many different options for the oil that we’re currently getting. It’s a dilemma. But the EU can survive without Russian gas in the short and medium term. Enough changes have been made internally and also from other sources. But in the long term it could be problematic.

With the exception of Germany – which is obviously very dependent on Russia for its energy – the other three countries don’t have the same level of dependence when it comes to energy. Britain doesn’t have a dependence on Russia in this field at all. But the stock exchange in London has billions of rubles going through it. It’s difficult to predict how much. But London is commonly more known as Londongrad for the amount of Russian investment and Russian oligarchs residing there. There are literally hundreds of them there. So over the years they’ve contributed billions and billions to the UK budget, famously buying up football clubs and the like. So the UK has a very special relationship with Russia. We’ve had an immense amount of problems in our political relations, but yet at the same time it hasn’t stopped all the oligarchs flooding to live there.

Against this backdrop – do you think it’s even realistic for the EU to say they’ll impose further economic sanctions and possibly even restrict financial deals?

They said they’re going to do it. They’ve laid out this three-step approach. We’re at stage two at the moment. As far as I am aware all of these four countries have committed to going to stage three if it’s necessary. But I guess there would be a big feeling in the EU today that they hope they will not have to go to stage three and that perhaps tomorrow Putin’s speech will bring an element of compromise from the Kremlin which hasn’t been the case up until now or at least he’ll give them something they can work with which will open a glint of hope for the future. Because if the speech is still very much the rhetoric that we’ve seen until now, I don’t think the EU will have much option but to move ahead with stage three because otherwise it’s a matter of their credibility. They’ve put three stages out there and they need to follow through.

Amanda Paul is a geopolitical and foreign policy analyst with the European Policy Center (EPC) in Brussels, whose area of expertise includes Ukraine. 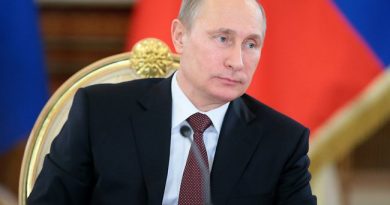 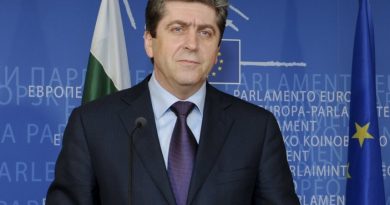