Two out of the four leaders of political parties in the National Assembly had been fined several thousand leva for violating the rules during the election campaign, the audit office told a news confrerence, again without identifying the leaders or the parties.

The National Audit Office said that 25 political entities had complied with the legal requirements for fund-raising for election campaigns while two political parties and a coalition had received funds of “ambiguous” origin.

The process of checking by the National Audit Offfice includes assessment of compliance with the regulations of electoral law, which include a requirement to provide details of bank accounts involved in the campaign, as well as information on those responsible for accounting.

The National Audit Office said that three political parties, a coalition and a nomination committee had not met the deadline for submitting information to it.

Six political entities involved in the 2013 parliamentary election contest had not met the statutory requirements, because they had failed to provide information about donors and the type, purpose and value of donations.

Twelve political entities had not presented declarations from donors about the origin of the funds donated.

The National Audit Office found that unreported income of two parties and one coalition added up to a total of 16 920 leva, while five participants in the election had failed to comply with the requirement that sums of more than 1000 leva in donations be sent by bank transfer.

There had been 189 individuals who had donated more than 1000 leva each, the office said.

The National Audit Office has been in the headlines recently because of a rewrite of statute by the Bulgarian Socialist Party that will see extensive restructuring and is expected to result in the dismissal of the current head of the office, Professor Valeri Dimitrov.

Speaking at the March 13 news conference, Dimitrov said that parties in Parliament and, overall, the larger parties had achieved good accounting standards.

“Parties are paying more attention to their accounts,” he said. 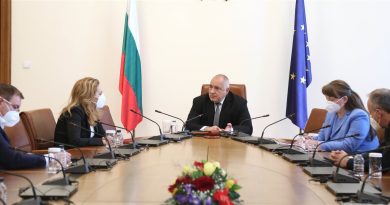